Sanatana Dharma way to eternal soul, the significance behind beliefs 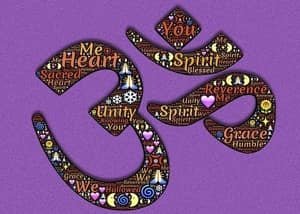 Sanatana Dharma is an ideology that emanated from the principles of Vedas, Upanishads, Bhagavad Gita, Ramayana, and Mahabharata. Sanatana Ideology is the oldest ideology ever which beliefs in eternal purity and advocates the principle of equality before all. The duties attached to Sanatana society are performed through the spiritual identity that is by having the purity in soul “Atman”, not through the Varna and Dharma identity.

The Sanatana Society works on the principle of “Vasudhaiva Kutumbakam” which means the world is one family, all have equal rights over God. The Vasudhaiva Kutumbakam phrase is derived from the word Vasudha (means the earth), Eva (means indeed), and kutumbakam (means one family). Sanatana Dharma is designed to spread the continuity of the beliefs of Humanity and recognizes every person in a single sphere.

The significance behind the Hindu Nav Varsh:

According to the Sanatana Dharma, in the lunisolar Vikram Samvat calendar the first day of Shukla Paksha is observed as a New Year in Hindu or Sanatan Dharma which is 56.7 years ahead of the English Calendar. The Vikram Samvat was initiated by the great warrior Vikramaditya. It is also believed that on this day Lord Brahma fathered the earth and on the same day Lord Rama was consecrated for his crown.

The Hindu calendar is majorly based on the lunar (Chandrama) and this is also considered for the “Navratri” in which 9 Avatar’s of Goddess Parvati is worshipped. The Hindu Nav Varsh is also indicated by the environment itself as the beginning of the New Year (Nav Varsh) is marked by the spring as the environment is getting itself nourished to celebrate the welcome ceremony of the “Nav Varsh”. This is also celebrated in different regions with different names as “Gudi Padwa” in Maharastra and Ugadi in Andra Pradesh and Telangana region.

Sanatana Dharma makes you meet the Nature of Reality:

Nowadays, many people are depressed with their day-to-day routine and are always in search to find a place to enjoy, this typical routine and depression can even cause harsh impacts on the body. Nowadays Suicide is very common, some people recognize it as the easiest way of ending a depressing life.

Sanatana Dharma makes you meet the true essence of the society through the widely recognized Vedas of Sanatana ideology that makes you attached to the environment in a gadget-free society. By following Sanatana Dharma, the blessings of Vedas reach you which unlock the true wisdom and joy by showering knowledge about the self-actualization whereas the Bhagavad Gita is also another best scripture that makes us aware of the feeling of oneness among all by touching the depth of our soul. By adopting the vibes of the Sanatana Dharma one can make his/her mind focused on the target without having higher expectations.

Sanatana Dharma teaches us to remain attached to the roots:

The teachings of Sanatana Dharma emphasizes us to adapt and be attached to the roots where our true identity belongs. Nowadays, we can easily see the guardians are directing their offspring’s towards the Western culture more and emphasizing upon making English, French and German habitual language by neglecting their own regional and their national languages like Hindi and Sanskrit. The Biggest loss is that if a person is not known to their own culture and identity they will not come up with the other culture too.

However, adopting and moving towards the western culture can destroy the Sanatani qualities which are essential to attain progress. It is said that if a person is not attached to its roots then, he or she will not be accepted by other ideologies and cultures too.

Being Sanatani we should have to go for the change, but we shouldn’t forget our roots and teachings of our texts, culture and values. The Sanatana Dharma is not forced on anyone but is able to restrict any attack on its presence. It recognizes all under one umbrella though considered to be the originator of the principle of equality. Sanatana Dharma works on the principle of “Shastra Bhi or Shashtra bhi.”

Meanwhile, by getting involved with the Sanatana Ideology and learning about the basic principles of Sanatani scriptures one can nourish him or her in the true aspect of society.

Sanatan Dharma and its purifications:

Sanatan Dharma tells us that as human beings we kill many micro animals in day to day life while performing different activities like cooking, walking, breathing, and while performing several lifestyle functions. Thus, it results in performing sins to God’s creation, which might be unintentional. Sanatana Dharma teaches us to perform the ritual of begging the apology from God five times a day for the sin we caused and make the dead attain emancipation.

Therefore, Sanatana Dharma advocates the principle of change which is also depicted in several texts like rituals practised in Mahabharat and Ramayana are different. The rituals and rules in Satya Yug, Treta Yug, Dvapar Yug and Kali Yug have their significance and reasoning behind adopting change.