Maha Shivaratri: All you need to know about significance, story and rituals 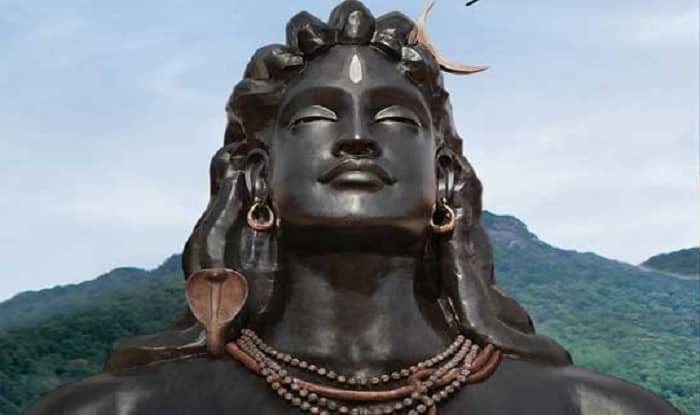 Maha Shivaratri revered in the name Bhagwan Shiva or Baba Neelkantha, it further marks the re-union of Maa Parvati and Bhagwan Shiva constituting Ardhnareshwara. There is no single reason behind the celebration of one of the biggest Hindu festivals, there are numerous instances attached to this auspicious festival. This festival is famous among Hindu families due to immense reverence in Bhagwan Shiva.

The devotes of Mahakaal may perform their Puja as suitable within these four Prahar’s only that are:-

Maha Shivaratri Puja is categorized into four Prahar’s and performed one to four times throughout the night. If the devotee performs puja once, it can be done with sandalwood paste, curd, ghee, honey, sugar and rose water. If the devotees perform puja for all the four Prahar’s then, Jal Abhishek should be done in first Prahar. Curd should be used for doing Abhishek in second Prahar, Ghee in Third Prahar and lastly, Honey in the fourth Prahar.

What to eat during Vrata (fast):

What not to eat during Vrata (fast):

The Vrata (fasting) in Hindu Dharma depicts purifying the mind and body and helps us to focus on a pious soul of Bhagwan. Upavaasa is divided into two words, Upa means near and Vaasa means to stay. Upavaasa collectively means to stay in close proximity of the almighty. Vrata or Upavaasa has associated several health benefits with this including reducing inflammation, improving blood pressure, controlling cholesterol levels, boosting metabolism and further preventing neurodegenerative disorders.

Story behind the Maha Shivaratri:

Another most popular epic tale associated with the festival of Maha Shivaratri advocates the belief of marriage between Bhagwan Shiva and Maa Parvati on the same.

After Maa Sati’s death, Shiva opted to live like a hermit and performed severe penance and meditation. Maa Sati took rebirth in the house of Daksha Prajapati as Maa Parvati. In order to win, Mahadev’s heart Maa Parvati performed rigorous penance for years to win Mahadev’s attention. After being impressed by Maa Parvati’s unconditional, immeasurable love Bhagwan Shiva accepted her as his consort.

In order to be superior among all, the Devas and Asuras started churning the ocean in the search of divine nectar (Amrita) to gain immortality. Devas and Asuras churned the ocean with the help of Mount Mandara as a rod and Vasuki (king of serpents) as a rope. The churning of the ocean presented Nectar (Amrita) but, along with that a pitcher full of Halahala or Kalakuta poison also appeared.

With the captivating tactics of Bhagwan Vishnu as Mohini, Devas succeeded in obtaining Amrita but, the Halahala was so toxic that it can even ruin the creation of God. Bhagwan Vishnu along with Devas and Asuras reach Bhagwan Shiva to plead the safety of well being of the environment, thus Bhagwan Shiva decided to drink the poison in order to save the Universe.

Bhagwan Shiva consumed the Halahala, fearing it could harm Bhagwan Shiva Maa Parvati pressed his neck to prevent poison from going down in the body. The Devas and other devotees of Bhagwan Shiva praised, performed dance and sang songs so that the poison couldn’t cause any harm to Bhagwan Shiva. Thus, the poison stuck into his throat and turned his neck into Blue coloured, from the same day Bhagwan Shiva was also named Neelakantha.

The story of how the Shiva Linga came into being:

At one point, Lord Vishnu and Lord Brahma argued over their height. This caused a great deal of frustration for Devaloka and the Devas reached out to Lord Shiva for help. To convince Brahma and Vishnu that supernatural power was at work, Shiva appeared in flaming fire and challenged both of them to keep track of the beginning and the end of the glorious light.

Vishnu turned into a pig and went underground while Brahma took the position of Swazi to fly high. The search was so disturbing that Brahma persuaded Ketaki’s history to play proof of his “success” in tracing the origin of the line and passing the same on to King Vishnu.

It was then that Lord Shiva emerged from his full stature in the song. Realizing that their argument was futile and that their claim to supremacy was meaningless, Brahma and Vishnu bowed to King Shiva and asked forgiveness.

As Shiva is already in the state of Linga on this day, people celebrate his greatness by staying awake and singing harsh words in his honour at Maha Shivaratri.