CDS Bipin Rawat is succumbed to the injuries, IAF confirmed 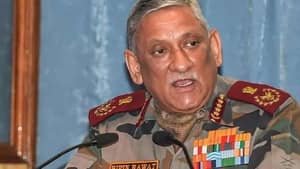 CDS Bipin Rawat succumbed to injuries caused during Mi17V5 Helicopter crash at Coonoor, Tamil Nadu. Around 13 members out of 14 are confirmed to be died.

Prithvi Singh Chauhan was pilot of the Chopper which crashed in Coonoor region of Tamil Nadu. Coonoor is situated between Sulur and Coimbatore. Several politicians regretted over the painful demise of CDS Bipin Rawat.

CDS Bipin Rawat was first CDS of India and is also honored for Balakot Air Strike and Uri Surgical Strike on Pakistan based terrorism. It will not be very hard to say that Rawat was one of the finest and visionary leader of Defense staff.