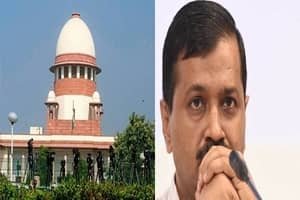 Supreme Court of India reprimanded the Delhi Government led by CM Arvind Kejriwal over the reopening of schools and rising pollution levels. CM Kejriwal called an emergency meeting to resolve the issues marked by SC and decided to shut down schools till further order.

SC rose several issues and guided the government to take steps to eradicate pollution and mention the reason behind the same. After Apex Court’s order, Kejriwal Government decided to shut down schools underlining the extreme level of pollution and the rising threat of the Omicron Virus.

Apex Court Bench led by Chief Justice of India NV Ramana slammed the Delhi Government over the past assurance of Kejriwal maintaining the closure of schools, colleges, offices, and lockdown. The bench further added that the government have to take crucial measures to decrease the pollution level in the Capital.

SC said “Other than raising popularity slogans and propagating the advertisements on television what else you have done. Who is taking care of those children’s employed to take banners on the roads.”

In response to Delhi Government’s representative Senior Advocate Abhishek Manu Singhvi, a bench of Apex court said one has to take responsibility for the boys who are holding the banners in their hands.

The bench also stated that “we are serious about the vehicular and industrial pollution. You cannot fire bullets from our shoulders, you have to take steps. Why these schools are open under various threats?”

Therefore, the facts and figures presented by the Supreme Court of India in front of the Delhi Government are very much attached to reality. The government need to ensure proper working and should have to invest money for people rather than falsely promoting the initiatives through advertisements.