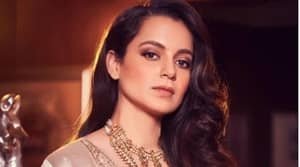 Bollywood Actress Kangana Ranaut faced a car Gherao on Chandigarh-Una expressway by local farmers. The group which resulted in this incident were allegedly farmers and were there to seek an apology from Ranaut regarding her comments on farmers protest.

Kangana Ranaut called protesting farmers Khalistani and funded by anti-social elements. Kangana was returning from Himachal and was restricted after entering the territory of Punjab. Punjab Police team saved the celebrity and make her safe further. In return, Kangana thanked the Punjab Police for making her flee safely.

Kangana Ranaut also claimed in the videos published by her on Insta story that, ‘I have been surrounded by the mob, they are abusing me and threatening me to kill.’

Through her Instagram account, she raised several questions, “Am I a politician? what would have happened to me if I don’t have security with me? what is this behaviour?

Therefore, people need to be within certain limits as this behaviour adopted by the mob is very similar to mob lynching. The law doesn’t permit anyone to take revenge or harass people by themselves only. People need to be in limits, trust upon the legal system of the country and must abide by the laws of the country