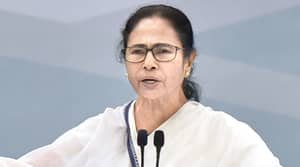 Among other things, two experienced leaders spoke of the need for integrated leadership at the national level. The main essence of the meet was to restrict BJP and Modi to come back in power.

“Today, my colleague and I had a long conversation with her (Mamata Banerjee). His aim is that in today’s situation the like-minded forces must come together at the national level to form a united leadership,” Sharad Pawar was quoted as saying after his meeting with Mamata Banerjee.

Whether it is Congress or another party, the fact is that those who oppose the BJP, when they meet, are welcome: NCP official Sharad Pawar when asked if Congress will be a part of it, during talks “something strong” in his meeting with WB CM official -TMC Mamata Banerjee.

Earlier, the opposition faced an embarrassing loss in Tripura Civic polls. The parties affirmed that they will teach BJP a good lesson in Tripura polls were didn’t even manage to win 5 percent of the seats. The results of the polls were decisively dominated by BJP as 329 out of 334 seats were captured by BJP.

Therefore, the coming election are predicted to be tough for opposition to survive in. The opposition parties are calculating the risk and making plans by placing BJP in Centre. Mamata Banerjee trying hard to became leader of the new opposition in the light that she defeated BJP in West Bengal.