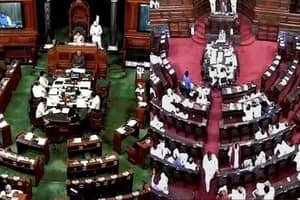 Congress leader Randeep Singh Surjewala said the three “anti-agricultural” laws had been passed in Parliament without debate and repealed. He added that if there had been a debate, Prime Minister Narendra Modi and the Bharatiya Janata Party-led government would have responded to the country about the “private conspiracy” of the agricultural sector, the death of 750 farmers, and the reason for not making a full fledge law on Minimum Support Price (MSP)

Baratiya Kisan Union leader Rakesh Tikait said farmers’ protests would continue. “This is in honor of the 750 farmers who lost their lives during the conflict. The protests will continue as more news including MSP awaits. ”

Congress leader Rahul Gandhi on Monday said the union government was afraid to hold talks. His statement came after the government passed a bill to repeal three farm laws in both houses of Parliament during a similar presentation on the first day of the winter session of the parliament.

The Farm Rules Repeal Bill, 2021, was passed in Lok Sabha and Rajya Sabha without any negotiations between the opposition parties.

Earlier in the day, Congress MPs including the party’s interim president Sonia Gandhi and Rahul staged a protest in front of a statue of Mahatma Gandhi in Parliament demanding the repeal of three farm laws.

Therefore, the behavior of farm Protest leaders and opposition parties is very shameful as boycotting the session is equally similar to creating hurdles in the path of growth. The opposition needs to co-operate with the government not for the sake of government or ruling party but for the sake of upliftment of India.