A wealth of new albums in 2022 pushed the boundaries of genre, theme, and sound. From seasoned veterans like Beyoncé and Kendrick Lamar, returning in triumph with fresh records and even fresher perspectives, to exciting young artists like Saya Gray, whose debut album, 19 Masters, should make any listener excited for the future of music, here are the albums that we’ve had on repeat all year.

Rosalía’s 2018 conceptual masterpiece El Mal Querer is so intentional and powerful that it’s hard to imagine her topping it. But this year, she stepped entirely outside the box, pushing her creative ability to its absolute limit to make Motomami.
[time-brightcove not-tgx=”true”]

Danielle Balbuena, the New Jersey-born rapper and R&B singer better known as 070 Shake, has made a name for herself in the industry for defying easy definition. With a powerhouse voice and tough yet tender songwriting, she’s transcended genre and challenged notions of identity, forging a path all her own that has garnered co-signs ranging from Kanye West, who signed her to his G.O.O.D. Music imprint in 2016, to indie rock darlings The 1975, with whom she toured during the early years of her career.

On her second album, You Can’t Kill Me, Shake continues to hone a skill set entirely her own, serving up a project that’s surprisingly measured but no less intense. Over heavy beats and ambient synths, Shake returns to her usual contemplations: the hardships and wonders of life, the ups and downs of love. Teeming with smoldering desire and melancholic angst, the result is a moody, sensual offering from a deeply vulnerable artist who refuses simply coolly exist. “I wanted your body, but it came with your soul,” she laments on “Body,” channeling a tension that feeds into our universal ennui.—Cady Lang

In his decade in the spotlight, Kendrick Lamar has amassed a reputation that borders on messianic—he’s the Pulitzer-winning, civil-rights-anthem-penning, Tupac-inheriting genius destined to carry his city, if not his race, if not the world, on his narrow shoulders. No one man could possibly live up to those unbearable and escalating standards, and on Mr. Morale, Lamar actively renounces them: “Kendrick made you think about it, but he is not your savior,” he says pointedly on “Savior.”

But if Mr. Morale isn’t an epoch-defining masterwork on the level of Good Kid, m.A.A.d City or To Pimp a Butterfly, it’s still a fantastically rich portrait of an artist in crisis. Lamar navigates familial tensions, pandemic anxiety, hypocrisy, and crushing public expectations with sharpness and poignancy, especially on “Mother | Sober” and the aforementioned “Savior.” And there are several deeply polarizing songs on the album—including the domestic dispute “We Cry Together” and the trans anthem “Auntie Diaries”—that nevertheless show Lamar probing the boundaries of his comfort zone and embracing the risk of backlash in order to create art he believes in.—Andrew R. Chow

“Big” is the operative word for the sixth album from the indie rock mainstay Angel Olsen: Recorded soon after both her parents died, it deals in big emotions, big musical arrangements, big vocals, big themes of love, loss and depression and perseverance. And just as Olsen has thrived across a range of setups—from acoustic solo to scruffy electric rock band—she likewise excels in belting out hugely stirring songs that sound destined to blast during climactic slow dances or while movie credits roll.

The songs on “Big Time” build patiently, and with few indicators as to the year they were created: there are steel pedal guitars, burnished strings, zithers, and harmoniums. The lush arrangements augment Olsen’s arguably strongest vocal performance yet: she brings both power and subtlety to wrenchingly stark lyrics like “I know you can’t talk long/ But I’m barely hanging on/ I’m so tired of telling you/ It’s a hard time again.”—A.R.C.

You’d be hard-pressed to find a more combustible minute of pop music in 2022 than the one that starts from the halfway point of “Protection From Evil,” the opening track of Ibibio Sound Machine’s fourth album Electricity. Frontwoman Eno Williams delivers a furious stream-of-consciousness soliloquy in the Ibibio language, her syllables spilling over and between the pounding four-on-the-floor dance beat; she lapses into a simmering chorus run through a vocoder, which then gives way to a shrieking horn section and a seizing synthesizer reminiscent of LCD Soundsystem’s best work. Electricity is filled with moments like this: of breathtaking sonic rises and falls, astonishing cultural exchanges, and flat-out infectious dance music.—A.R.C.

If the rapper and impresario Pusha T is the “Martin Scorsese of street rap,” as he hopes to be, then It’s Almost Dry might just be his Goodfellas: an immersive gangster epic that’s brutal yet stylish, materialistic, and psychologically probing. Pusha T doesn’t stray far from his favorite topic—hustling—but he doesn’t need to, because of the care with which he imbues his wordcraft and storytelling. His dense references will send you scrambling for Genius annotations: ”Summertime, Winterfell, I’m the Night King/ The Colgate kilo, the hood needs whitening/ We fishscale n—-s like we all Pisces/ Your bitch in my bubble like I’m still typing,” he raps on “Neck and Wrist.” But even if you don’t catch all the double and triple entendres, the music sounds fantastically luxurious. He recruited some of the most renowned producers in hip-hop, from Kanye West to Pharrell, and they delivered their A-game.—A.R.C.

4. Chloe and the Next 20th Century, Father John Misty 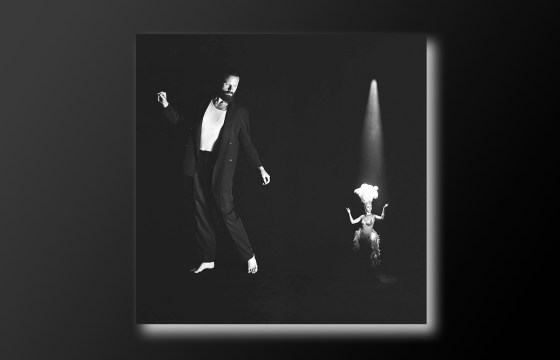 The musical polymath Josh Tillman, better known as his stage alter ego, Father John Misty, has made a name for himself as the most polarizing (and possibly most talented) man in the contemporary folk rock scene. With Chloe and the 20th Century, his fifth studio album as FJM, however, he takes a surprising and delightful departure from his usual form for a project that’s grandiose in its ambition, theatrical in its presentation, and thrilling in its execution.

Drawing on elements like big band, bossa nova, and film scores from the golden age of Hollywood, the album is a lush and lofty epic that spins fictional vintage narratives into song. Through tragic vignettes that read like a screenplay of a fantasy L.A., the tracks detail torrid love affairs, untimely ends, and heartbreak, for the titular Chloe and her motley crew, showcasing not only FJM’s signature wry cynicism and penchant for melodrama, but an impressive flair for worldbuilding.—C.L.

Ahead of the release of Renaissance, her seventh solo studio album, Beyoncé shared via social media that it was a creative project born out of a need for escape, freedom, and exploration during the pandemic. The spirit of release is omnipresent in the album, a true celebration of dance music and its Black queer history. From her first single off the album, “Break My Soul,” where Bey and Big Freedia urge us to “release your job/ release the time” to the dedication of the album to her late queer uncle, Johnny, the album is an homage to the Black queer pioneers of genres like disco, bounce, house, techno, funk, and ballroom. There are few artists who can drop an album late in the game and still commandeer “song of the summer” along with every dance floor, but as she tells us on “Alien Superstar,” Beyoncé is and forever will be that girl.—C.L.

The debut album from the Toronto-based singer-songwriter Grey is not for the stadium rafters. It’s full of half-fleshed-out ideas, spindly guitar wanderings, washed-out vocal recordings and stray voice memos. But Grey’s strange restraint and restless curiosity are entirely the point: In its scattered and shaggy structure, there’s something compelling to be found around every melodic corner, whether on your second or tenth listen. In this way, the album feels like a worthy inheritor of Frank Ocean’s lo-fi masterpiece Blonde. Grey layers her scratchy voice upon itself to build breathtaking harmonies, and the tones she wrings out of her guitar and bass are impeccable.—A.R.C.

No other album had as much universal appeal (and, let’s be honest, adoration) this year than Un Verano Sin Ti, Bad Bunny’s glorious fourth solo studio album. It’s an album about heartbreak, yes, but also a veritable love letter to his homeland of Puerto Rico and a sonic tribute to the Caribbean diaspora. Driven by the musical styles of El Caribe, ranging from reggaeton and dembow to merengue and cumbia, and bolstered by elements of dance hall and techno, Benito firmly roots the album in the deeply personal, mining the universal experiences of love, loss, and the supreme pleasure of being alive, for an exceptional project that is genre-defying, intergenerational, and groundbreaking.

Never one to shy away from getting political, Bad Bunny also uses the project to critique hot-button issues, from the privatization of power in Puerto Rico to how the current crisis of gentrification on the island is part of a long and troubled history of colonization. To listen to this album, to move to it and be moved by it, is an act of defiance, celebration, and radical love.—C.L.

from TIME
via Time.com

Pentagon Debuts Its New Stealth Bomber – the B-21 Raider

US Girl Inspires Effort to Ship Ambulances to Ukraine

NATO’s handling of Ukraine crisis may end in disaster – MEP