https://ifttt.com/images/no_image_card.pngThousands of ballots with blurry barcodes that...

Boost in Indian Defense Exports through AtmaNirbharBharat and Make In India campaign, quashing the Chinese monopoly and bigotry from the International market 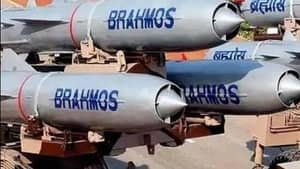 India is drastically winning trust among south Asian countries emerging as a more reliant defense market for small economies. Pictured as a safe alternative to the Chinese defense market, India offers high-quality, war-tested defense equipment with transparent conditions. The Chinese defense market, despite being cheaper, has lost its appeal due to its debt trapping tactics in history which seems a significant factor in the rise of Indian Defense credibility among Anti-Chinese expansion countries.

The Indian government offering a line of credit to its trusted partners, which allow customers to pay in a long period with a nominal interest rate, is a blessing in disguise for countries seeking defense self-sufficiency in the Indo-Pacific region where Chinese aggression seems dominating. India through their Make In India and AtmaNirbharBharat initiative has approached towards creating milestones in the international market.

Moving towards the notion of becoming self-reliant in Defense and several other sectors, India challenged the hegemony of Chinese companies. Earlier, the whole world was reliant upon China for Manufacturing but, with the improvement in the Indian manufacturing system, many countries parted their ways away from China and shifted to India. China’s Manufacturing was its back as it worked as a monopoly due to cheap and efficient labour. Taking advantage of the situation, China imposed several restrictions and performed arbitrariness.

Firstly, India has emphasized indigenous weapons and fighter jet manufacturing for the past few years. Under campaigns like Make in India and AtmaNirbharBharat, India has drastically emerged as a Defense exporting country. India has allotted 65000 Crore funds and ensured the Ordnance Factory Board (OFB) split into seven companies. India further approved 48000 Crores for 83 Indigenously made Aircraft, namely LCA Tejas.

With the advent of the AtmaNirbharBharat and Make in India campaign in India, many countries fighting Chinese expansion shifted to India for Manufacturing, including Australia, Japan, Israel, the USA and several other countries. With this solid diplomatic step, China freaked out over India and started murmuring over Ladakh and the Galwan province of India.

Opportunity to boost up exports:

After a brutal Indo-China border tussle in 2020, India retaliated by banning more than 100 Chinese apps (digital strike). The ban includes Tiktok, UC browser, CM, Pubg and several other profit-maximizing apps. With this prudent decision, China faced enormous devastation in the country’s economic system and learned about Indian power. To seek revenge, China started giving loans, High-tech investments, and weapons to neighbouring countries of India to alienate India in their subcontinent.

By reverting diplomatically, India adopted a tit-for-tat policy and made more robust trade and defence ties with Australia, the Philippines, Japan, Vietnam and South Korea. These countries are recognized as challenging forces against Chinese expansion in the South China Sea. Most countries tied up with India are exploited and troubled by Chinese bigotry.

Before 2500 years, Sun Tzu wrote Art of War in which he stated that always strike on enemies weakness and adopted those tactics which stupefy the enemy. It can also be said that more than China, India used this formula and amazed the Chinese influence.

New Beginning as Exporter of the Market:

In the limited span of 5-8 years, India has transformed from buyer to vendor of defence equipment. According to stats, in 2015-16, India exported weapons worth Rs 2000 Crore, but in 2020-21, it drastically increased to Rs 6300 Crores. In the past few years, India recorded a stupendous growth of 228% in defence exports.

India collaborated with the Philippines for a supersonic cruise missile Brahmos deal worth 375 Million Dollars. The catching point is that the Philippines have a conflict with China over the South China Sea.

The Philippines will get three batteries, including nine firing units or launchers. These firing units are capable of launching three missiles at a time. Each battery includes a Mobile command centre, radar system and supports the vehicle. India also collaborated with Vietnam for Rs. 750 Crore deal, including 12 High-speed guard boats. India has experienced an immediate demand for Arjun MK-1A, Brahmos missile, Tejas Aircraft and Pinaka Rocket system.

Brahmos Aerospace developed the Brahmos missile, and Manufacturing was partnered by India’s DRDO and a Russian company. This missile depicts the self-dependence of India in the defence sector. Countries like Malaysia, Indonesia and Vietnam are on the list for seeking Brahmos missiles. The significant reason behind its popularity is that Brahmos can fly very close to land and sea surface; hence, enemies’ radar system fails to detect it. Brahmos missiles can hit enemy targets ranging between 10m to 14000m.

Setbacks for Indian Self-reliance in the defence sector:

Due to the negligence of previous governments, India has represented itself as a shopper of weapons, not as a creator. Data states that, after Saudi Arabia, India stands at the second number, which buys the most number of arms in 2020. The previous governments targeted India to remain dependent upon other countries only.

According to the stats, India has only contributed 0.1% in defence exports between 1947-2015, whereas the present government approached the exact figure within five years. India dropped its dependence on the other nations by around 33% by covering the same figure through Indigenous advancements.

Consequently, the Kind of advancement India has shown in the field of defence exports is applaudable. The milestones that India is creating with each passing day are because of the actual power of land and labour. With the initiative of AtmaNirbharta, Make in India and Made in India, India excelled has boosted itself in the field of exports and emerged as the best alternative to China.

Abortion Rights Rollback in US Could Ripple Across Globe

U.S. Leisure Travel Is Back at Pre-Pandemic Levels for the First Time

Canada to Ban Huawei and ZTE From 5G Networks