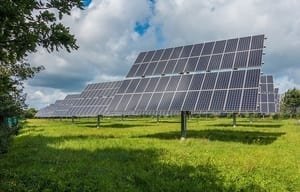 India reportedly staged a protest in Sri Lanka in January this year after a Chinese company secured a contract to build solar power plants in the northern islands. Sri Lanka had recently awarded a contract to a Chinese company to develop the East Container Terminal at the port of Colombo, a project that Lanka had initially committed to India and Japan.

The Chinese ambassador to Colombo said on Twitter that the solar power project in the northern islands of Lanka had been suspended due to security concerns raised by a third party even though it did not mention India. The ambassador went on to say that the same company had signed a contract with the Maldives.

“Sino Soar Hybrid Technology, which has been suspended to build the Hybrid Energy system in 3 northern islands due to a third-party ‘safety concerns’, entered into a contract with the Maldivian government on Nov. 29 to establish solar power plants in 12 islands in the Maldives,” the Chinese ambassador said. .

US promises to rectify embarrassing blunder with detained Griner