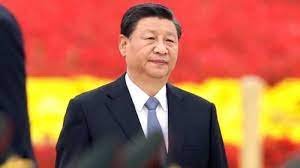 The size of the mortgages is less of a concern than the impact of recent events on demand and prices for one of China’s biggest financial assets: residential housing.

“It is critical for policymakers to quickly restore confidence in the market and break the potential negative feedback loop,” Goldman Sachs chief China economist Hui Shan and his team said in a report on Sunday.

Last week, a sharp increase in the number of homebuyers who stopped paying their mortgages prompted many Chinese banks to announce their low exposure to these loans. But bank shares fell. Homebuyers protested delays in the construction of apartments they had paid for before completion, as is typical in China.

“If left alone, more homebuyers may default on their mortgages, [further] straining developers’ cash flow, which in turn could lead to further construction delays and project shutdowns,” the Goldman report said.

The uncertainty “is dampening the desire of households to buy homes from these developers, who are likely to need the sale the most,” analysts said.

The number of real estate projects involved more than tripled in a matter of days to more than 100 as of July 13, according to Jefferies.

Among banks covered by Goldman Sachs, the average exposure to real estate, including mortgages, was just 17%, the firm’s financial services analysts said in a report last week.

“We consider this mortgage risk to be more a matter of household willingness than ability to repay the mortgage,” the report said, “as developers have delayed construction due to refinancing difficulties.

But if more homebuyers default on their mortgages, bad sentiment will reduce demand—and, in theory, prices—in a vicious circle.

These are self-confidence boosters.

“There is no hope of a quick recovery in the property sector in the second half of 2022 and this will continue to drag down economic growth,” said Gary Ng, chief economist at Natixis CIB Asia Pacific. “The antidote is to get homebuyer and developer confidence back up, but that’s proving to be a difficult task.”

The moratorium on mortgage payments is an extreme measure that should not become common practice, especially since there are legal processes to deal with delays in apartment completions, said Qin Gang, deputy director of China’s ICR Real Estate Research Institute.

He cited interviews with industry executives as saying that news of stopped payments was very negative for sustaining the real estate sector’s recovery.

Analysts said approval typically takes three months, and the developer will have to return the buyer’s down payment and completed mortgage payments, including interest. The remaining mortgage payment should go to the banks, the report said.
Six-year minimum home buying plans

A quarterly survey by the People’s Bank of China found in June that only 16.9% of residents planned to buy a home in the next three months, down from 16.3% in the third quarter of 2016.

At the beginning of this year, the central bank took a significant step to revive the real estate market by lowering the mortgage rate. Many cities have loosened policies in the past few months to encourage home purchases.

However, since April, property sales have fallen 25% or more from last year’s levels, according to data from Wind Information.

The average price in China’s 100 cities has barely increased over the past year, although prices in major cities such as Beijing and Shanghai have risen by double digits, reflecting a difference in demand, according to Wind Information.
Calls for completion and delivery of flats

Any policy that can ensure home delivery would be helpful, said Bruce Pang, chief economist and head of research, Greater China, JLL. He said banks have limited exposure to unfinished construction projects and have the ability to restore market confidence.

Dai Xianglong, the former head of the People’s Bank of China, said on Saturday that China would not experience anything like the 2007 US “subprime crisis”, and proposed measures to boost confidence in the real estate industry and stabilize house prices. This is according to a state media report.

But even the state-backed Securities Times raised the specter of systemic financial risk last week in an article encouraging local governments and developers to deliver homes on time.

“Credit losses related to mortgage loans are minimal and affected balances are currently small at most of China’s national banks,” Harry Hu, senior director of S&P Global Ratings, said in a statement.

“However, if the recent suspension of mortgage payments by some resident groups in China is not well managed and manifests itself in systemic risks, downward pressure may increase,” Hu said.

The official newspaper for China’s banking and insurance regulator published similar admonitions on Sunday, pushing for support for housing supplies and financing for the real estate industry.

Barring a slowdown in the real estate sector, China’s GDP could grow by 3% in the second quarter, compared with the 0.4% growth reported on Friday, according to Goldman Sachs analysis.