TYPES OF INVESTMENT MODELS IN INDIAN Economy and Factors 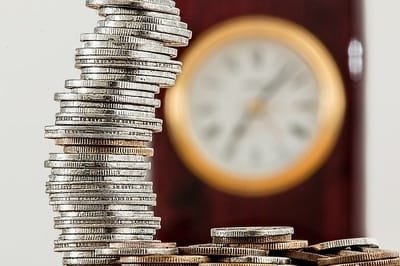 In simple terms, investment is an asset or income for future benefits.Investment may be defined as the dedication of an asset to attain an increase in value over a period of time. Investment requires a sacrifice of some present asset, such as time, money, or effort. In finance, the purpose of investing is to generate a return from the invested asset.

Mainly traditional models have two sub investment models “Top down investment” and “Bottom up investment”. In top down investment the government invests in capital, core industries like oil, steel, cement etc but in 2022 the department of promotion of industry and internal trade released the index of 8 core industries (coal, crude oil, natural gas, refinery products, fertilizers, steel, cement, electricity). Another type of Bottom up investment government invests in small city and villages industries means MSME (micro, small and medium enterprise). The government adopted the top down investment models through public sectors in India. The main objectives were to increase capacities of reliance industrialization and boost the overall growth of the Indian economy. But in post independence India There are some limitations are:

FIRST, in public sector investment because India in the past was a low income nation and the result is that investment by the government is very low.

SECOND, the government has less resources to spend, high subsidy essential items such as food grains.

THIRD, India has less technology to use in boost industries like other countries of that time U.S.S.R and U.S.A.

FOURTH, the government was mainly focused on Social responsibilities but not on profit making.

FIFTH, foreign investment was very low due to the closed economy of India before 1991 economic reforms.

INVESTMENTS MODELS AFTER THE NEW ECONOMY REFORM OF 1991

After the post-independence government introduced new economic reforms of 1991 and opened the gate for liberalization, privatisation and globalization in India. This reform makes the new India economy. This new economic policy was required for the continuing suffering Indian economy and needed investment in India to boost the economy. India needed a new LPG policy to shift new technology, knowledge and build strong capital investment in India. There are many models under new reforms.

Foreign direct investment (FDI) is an investment where foreign companies or individuals are direct investment in business or buying company in another or foreign country. Benefits or advantages of FDI are First, FDI introduces new technologies, skills, and man knowledge. Second, FDI foreign exchange that helps to reduce the country deficit and help as financial resources for economic development.

Third, foreign companies create competition in the market and due to this local companies improve their standard, reduce prices, use new technologies, increase in quality of goods and services etc.

Forth, though multinational companies (MNC) , more employment is being generated.

In India there are many laws regulating FDI such as Companies act 2013, Securities and exchange board of India act 1992, the foreign trade (development and regulation) act 1992, income tax act 1961, competition act 2002, foreign exchange and management act 1999 and many more.

FIRST,  Exemption for taxes on export like income tax for its first 5 years.

THIRD, most important is single clearances approval by state and centre government.

FOURTH, there is no licence for import and no tax for raw materials and many more.

The most important question is what is the objective of a special economic zone to that government or country? The objective of the government is to boost foreign investment, SEZ are to create employment, infrastructure development, pace in export of goods and services in the country, countries earn more foreign reserve, etc.

Public private partnership (PPP) is an agreement between public companies or authorities and Private Sector Companies come for making specific projects. In India 1999 Cochin international airport and in 2004 Bangalore and Hyderabad airport were developed under PPP model. There are many types of PPP models like Build operate transfer (BOT), Build own operate (BOO), Build lease transfer(BLT), Design build operate transfer(DBOT) and many more. There are many benefits under the PPP model such as, for better infrastructure, better use of skills, quality standards and regulations in projects, fast work not delay, etc.

For example 1) recently in July 2022 Jawaharlal Nehru Port in Navi Mumbai became the first major port of the country to become a 100% Landlord port of India under PPP model. 2) In 2021 Adani airports holding limited was took Indian’s 6 airports (Ahmadabad, luck now, Manguluru, Jaipur, Guwahati and Thiruvananthapuram) on leases for operations, management and development and pays Rs. 2440 cr. to airports authority of India. This company will hold 74% in the airports and the remaining is held by the Airports Authority of India (AAI).

Venture is a form of financing through which investors, investment banks and institutions provide capital to new startups and small business companies. In the time of investing investors also see the new innovations, uniqueness, market capture range etc. Sometimes an investor gives his technical and managerial expertise in start-ups companies.

For example: In many countries we see similar famous T.V. show that is ”SHARK TANK”. In this show worldwide unicorns and business investors invest in new start-ups.

Indian government introduced several schemes and policies year by year for promoting new business and start-ups such as:

These schemes provide capital as a form of loan in low interest by government banks to start new business in small towns and cities. These schemes are also promoting medium, small and micro enterprises (MSME) in India. MSME businesses help for the economic growth and development of the country and also gain recognition at the global level. After the pandemic in India we see high numbers of rate in new innovative startups and business by young entrepreneurs.

US on verge of becoming party to Ukrainian conflict, Moscow warns