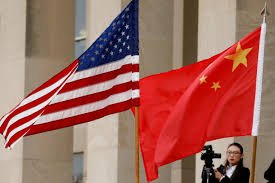 We are now four years into the so-called trade war between China and the US, with no end in sight. In 2018, the Trump administration imposed a series of tariffs on billions worth of Chinese imports. China retaliated in kind. The Biden administration kept those tariffs in place while expanding the list of sanctioned Chinese companies. If anything, trade tensions have only increased as the competition for technological dominance intensifies and both the US and China seek to accelerate their economic “separation” from the arch-rival.

What does all this mean for the future of China and the US? trade? Is separation really desirable – or even possible? How will broader geopolitical tensions affect trade talks (and trade volumes) between the two countries?

US Schools Are Front Line in Clash Over Gender Identity

UN chief tells Moscow ‘to step back from the brink’