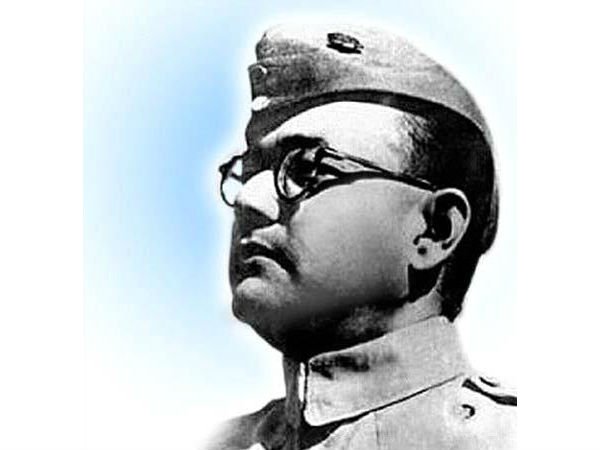 ABOUT FAMILY AND CHILDHOOD

In childhood Bose’s mother used to recite him epic tales of Mahabharat and Ramayan and sang traditional Bengali songs. These stories and songs inspired Bose and made him ground rooted man

In 1902, Bose entered Baptise Mission’s Protestant European school in Cuttack. In this school medium was English and the majority of the students were European or Anglo Indians. The school taught English, the Bible, good manners, British geography or history but not Indian language and history.

In 1909, 12 years old Bose went to ‘Ravens Shaw collegiate school’ in Cuttack and he learned Bengali and Sanskrit and ideas from Hindu scriptures such as Vedas and the Upanishads.

At the age of 16 in ‘1913’ Bose went to Traditional Presidency College, Calcutta for Bengal’s upper caste Hindu men. In this college Bose chose to study Western philosophers such as Kant, Hegal and others.

In 1918, Bose received his B.A. degree in philosophy by Scottish Church College.

In 1919, Bose traveled to England to prepare and appear in ‘The Indian Civil Services’ (ICS) and take admission in university of Cambridge. Finally in 1921, Subhas made his decision to not appear in ICS and returned to India in July, 1921.

On16 July 1921, Bose arrived in India and was influenced by Mahatma Gandhi ji so they arranged a meeting with him and joined Indian national congress (INC). On the instructions of Gandhi, Bose worked under the mentor and guidance of Chittaranjan Das (aggressive spokesman of nationalist in Bengal).

In 1923, Bose was elected as the president of All India Youth Congress and also the secretary of Bengal state congress. Along with election Bose was the editor of the newspaper ‘FOREORD’ founded by Chittaranjan Das.

In 1924 Subhas was CEO of Calcutta municipal corporation for Das who was the mayor of Calcutta.

Bose led the protest march in 1925 Calcutta with other leaders were arrested and sent to jail for 2 years. When Bose was released in 1927 become the general secretary of the congress and worked in front with Jawaharlal Nehru.

In 1928, Bose and Jawaharlal Nehru were opposed with the ‘Motilal Nehru committee’ (MNC) appointed by congress (The MNC was in favour of domination by congress). Nehru and Bose both were in favour of complete independence of India.

Due to the civil disobedience movement that was running in India, Bose and many leaders were again arrested by the British government but after the release Bose became the mayor of Calcutta in 1930.

In 1938, Bose was elected as President of Hari pura congress session in Gujarat.

In 1939, Bose also won the Presidential election to the Tripuri congress session. Bose defeated Dr. Pattabhi Sitaramayya who was Gandhi’s preferred candidate. U. Muthuramalingam Thevar supported Bose in congress and they were supported to collect all south India votes for Bose but due to ideological differences with Gandhi, Bose resigned from the Presidency.

After the resigned Bose organised the ‘All India Forward Bloc’ on 22 June 1939, a left wing party within congress at Unnao in Uttar Pradesh and U. Muthuramalingam Thevar was also joined ‘forward bloc’.

In 1940, Bose was leading a campaign of mass civil disobedience to protest against viceroy ‘Lord Linlithgow. In the same year Bose organised protests in Calcutta for the removal of the Holwell monument in the memoriam of dead people in Black Hole tragedy in Calcutta. Due to Mass protests Bose was arrested and thrown in jail and after 7 days Bose was kept under house arrest.

During this period Bose travelled in European countries such as Austria and Italy, visiting with Indian students and politicians. Bose met with the most famous politician of Italy Benito Mussolini.  Bose was very intelligent so he observed the Italian party organisation and communism and fascism.

During the travelling in Europe Bose wrote the book ‘THE INDIAN STRUGGLE’. This book covered the country’s independence movement between the 1920-1934 years. This book was published in London (capital of England) in 1935; the British government banned the book in India and Europe.

Bose’s work was supported in Europe by the Indian Central European Society organised by Otta Faltis from Vienna.

After the house arrest Bose escaped out of India. Bose escaped to Germany via Afghanistan and the Soviet Union (now Russia). Bose reached Peshawar (now in Pakistan) with the help of his friend Abwebr and met with Akbar shah, Mohammed shah and Bhagat Ram Talwar. In January   1941, Bose continued his journey to reach Russia through ‘British India’s North West Frontier’ with Afghanistan. Bose did not know the Pashto for this reason; shah suggested that Bose act as a deaf and dumb tribesman. After the crossed the Afghanistan border Bose travelled to Moscow on the Italian passport then Bose reached Rome and travelled to Nazi Germany.

Bose reached in Germany and met with many famous Nazi leaders and hoped to fight against the Britishers in India because Germany was in Axis power.

Bose was attached to the Special Bureau for India under Adam Von Trot Zu Solz which was responsible for broadcasting on the Germany sponsored Azad Hind Radio.

Bose founded the free India centre in Berlin (capital of Germany) and Bose created the Indian Legion. The Indian legion was composed of some 4500 Indian prisoners of war who were captured by Axis forces in North Africa. The Indian soldiers of the Indian Legion and special bureau officials were given the title of “Netaji” by Bose in Germany in 1942.

The legion members swore the Hitler and base:

“I swear by God this holy oath that I will obey the leader of the German race and state, Adolf Hitler, as the commander of the German armed forces in the fight for India, whose leader is Subhas Chandra Bose“

In between 1942 to 1943, the World War 2 was underway and Nazi Germany or Axis powers were losing many fronts in the west Europe. During this period India was facing Bengal famine and due to famine 4 million people died.

Bose was disappointed with Germany so Bose left Germany with the German Submarine U-180 to the southeast of Madagascar and then to imperial Japan.

The Indian national army was the plan of Japanese major Iwaichi Fujiwara, who was the head of the Japanese intelligence unit of fujiwara kikan. The main mission of Fujiwara was to raise an army outside Japan and fight with the Japanese enemy.

In 1941 the first Indian National Army was formed by Fujiwara and Mohan Singh. Fujiwara was the first to meet Pritam Singh Dhillon, who was the president of Bangkok and through Pritam Singh’s network recruited a captured British Indian army captain, Mohan Singh, on the western Malayan peninsula in December 1941.

The first Indian national army was disbanded in 1942 after disagreements between the Hikari Kikan and Mohan Singh and Singh believed that the Japanese government used the INA as a political propaganda tool. Mohan Singh was taken into custody and Indian troops returned to the prisoner of war camp.

In January 1943, meeting in Singapore Rash Behari Bose (a nationalist leader of the Indian independence league which was headed by Tokyo) handed over control of the Indian national army to Subhas Chandra Bose.

Bose was able to reorganize the fledgling army and organize massive support among the expatriate Indian population in Southeast Asia, who lent their support by both enlisting in the Indian National Army, as well as financially in response to Bose’s calls for sacrifice for the independence cause.

Bose was able to maintain support for the Azad Hind movement throughout. Bose’s most famous quote was spoken as a part of a motivational speech for the Indian National Army at a rally of Indians in Burma on 4 July 1944, in this, he urged the people of India to join him in his fight against the British Raj.

“Give me blood, and I shall give you freedom!”

In 1944 in history Indian national troops raised the tricolor in the Morning (Manipur) with the support of Japanese in eastern Indian frontiers.

On 6 July, Azad hind radio broadcast and Bose addressed Mahatma Gandhi as the: “Father of the Nation” and asked for his blessings and good wishes for the war he was fighting.

In 1945, The United States bombing resulted in losses for the Japanese. The Japanese retreat left the INA cut-off. Many INA troops were captured in the Battle of Imphal and Kohima.

Japan’s surrender at the end of the war also led to the surrender of the remaining elements of the Indian National Army. The INA prisoners were then repatriated to India and some were tried for treason.

On 18th august 1945 as the Indian national Army were being captured or surrendering, Bose travelled to Tokyo via Taiwan when his plane crashed.

US Does Not Take a Position on Taiwan’s Sovereignty, State Department Says

US must end ‘blind engagement’ with China – Pompeo