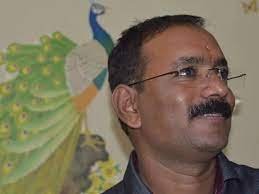 Irfan Khan, the alleged mastermind behind the killing of a chemist in Amravati in Maharashtra, was the director of an NGO and police are conducting an investigation into the organisation’s bank accounts, a senior official said on Sunday. There were similarities between the murders of Amravati-based chemist Umesh Kolhe (54) and of tailor Kanhaiya Lal in Rajasthan’s Udaipur city, as both the victims had posted messages on social media supporting Nupur Sharma, who has been suspended by the BJP for making controversial comments about Prophet Mohammad, he said.

Irfan Khan (35), a resident of Amravati city in Maharashtra, was arrested from Nagpur on Saturday in connection with the killing of Kolhe, who ran a veterinary medical shop. The accused is the director of a voluntary organisation- ‘Rahbar’. Police have started investigating its bank accounts now, the official said.

Earlier, the Union Home Ministry spokesperson had tweeted that the probe into the Amravati case has been handed over to the National Investigation Agency.

The NIA is also probing the killing of tailor Kanhaiya Lal.

Khan (35), a resident of Amravati city in Maharashtra, was arrested from Nagpur on Saturday in connection with the killing of Kolhe, who ran a veterinary medical shop here.

The accused is the director of a voluntary organisation- ‘Rahbar’. Police have started investigating its bank accounts now, the official said.

Four of these accused were Irfan Khan’s friends and had worked for his NGO, an official city Kotwali police station here said.

Irfan Khan is accused of plotting Kolhe’s murder, allotting special tasks to the other accused and supplying vehicles and money to them.

Yusuf Khan is a veterinary doctor and Kolhe owned a veterinary medical shop. The two had business relations, the official said.

Kolhe had formed a group of veterinary doctors on a social media platform, of which Yusuf Khan was also a member.

His post supporting Nupur Sharma on the social media group is believed to have fanned anger, following which Yusuf Khan allegedly instigated others for the crime, the official said.

“Kolhe posted messages on a social media group, of which Yusuf Khan was also a member. He instigated the others,” the official said.

Yusuf Khan had friendly relations with Kolhe and even attended his funeral, the police investigation has revealed.

On the basis of technical inputs, police arrested Yusuf Khan on Friday night.

Meanwhile, Kolhe’s brother Mahesh demanded that the case be heard by a fast track court.

“We did not expect that mere forwarding of a WhatsApp message from one group to another would result in Umesh’s murder. Now that the NIA is conducting a probe into the matter, we expect justice,” Mahesh told PTI.

Kolhe’s killing had taken place on June 21 near Ghantaghar in Shyam chowk area of Amravati, a week before two men hacked to death a tailor, Kanhaiya Lal, in Rajasthan’s Udaipur before posting videos online, saying they were avenging an insult to Islam.

As per the police, Kolhe was stabbed in the neck by the assailants who rode a motorbike when he was returning home on his two-wheeler after closing his medical shop.

Deputy Commissioner of Police Vikram Sali had earlier said on the face of it, the killing was linked to certain posts that Kolhe had shared in WhatsApp groups, supporting Nupur Sharma.

An NIA team visited Amravati on Saturday for probe into the case and questioned Irfan Khan at the city Kotwali police station here on Sunday.