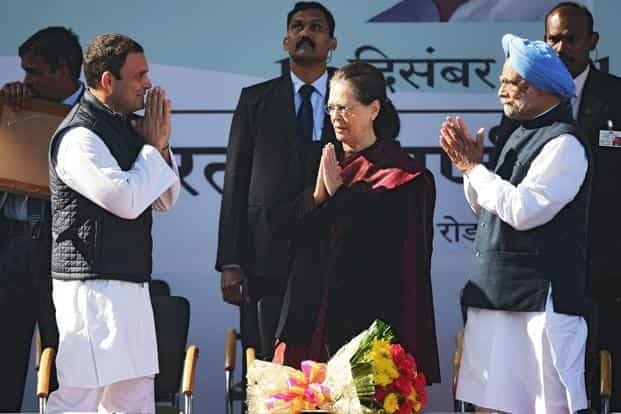 Days after the Tamil Nadu Waqf Board claimed ownership of 7 Hindu-majority villages and a 1,500-year-old temple in Tiruchirappalli, it has come to light that the Congress-led UPA government gifted 123 government properties in Lutyens’ Delhi to the Waqf board in 2014. .

According to a Times Now news report, the decision was taken by the cabinet and communicated through a secret message just days before the 2014 general elections. The properties are located in prime locations such as Connaught Place, Ashoka Road, Mathura Road and other VVIP enclaves.

Times Now reported that all it took was a phone call to identify 123 government properties in favor of the Delhi Waqf Board. The news channel also shared a secret memo which is dated March 5, 2014 and is signed by Additional Secretary JP Prakash.

The communication to the Secretary, Ministry of Urban Development read: “Denotification of 123 properties in Delhi under the control of Land & Development Office (LNDO) and Delhi Development Authority (DDA), allowing the title to revert to the Delhi Waqf Board. communicated to the Ministry until the formal release of the minutes.’

According to Times Now, the Delhi Waqf Board wrote a supplementary note to the Government of India on 27 February 2014 asserting its claim to 123 prime properties in the National Capital. Interestingly, the ‘secret memo’ was issued by the UPA cabinet within a week of receiving the proposal.

The news channel also unearthed a notification from the Union Home Ministry which said, “The Central Government is pleased to relinquish the below mentioned Waqf properties under the control of LNDO & DDA subject to the following conditions.”

The Congress-led UPA government admitted that the 123 properties belonged to the Delhi Waqf Board and decided to “withdraw” its claim on them after receiving a notice from the board. it must be mentioned that the said properties were inherited from the British government and their status remained unchanged until March 5, 2014.

The NDA government took cognizance of the matter in 2015

As early as February 2015, the BJP-led government had promised to launch an inquiry into its predecessor’s decision to donate government property to the Delhi Waqf Board. This development came after the Vishwa Hindu Parishad (VHP) filed an appeal against the decision in the Delhi High Court.

The Hindu organization then argued that the prized properties could not be released and identified under Section 48 of the Land Acquisition Act. Speaking on the matter, Urban Development Minister M Venkaiah Naidu said, “I have received a case against Salman Khurshid… On the eve of his impeachment last year, he was involved in the transfer of these properties and kept vote bank politics in mind.”

The Delhi Waqf Board defended its decision
After the transfer of ownership by the UPA, the Delhi Waqf Board was given the power to undertake renovation and construction of the properties. In his defence, Nodal Officer Alam Farooqui claimed that 123 properties were built on mosques, dargahs and graveyards.

He argued that reversing the UPA’s decision would hinder the generation of income and development of the Muslim community. “Income from wakf properties is used for the welfare of the community,” Farooqui said.

He further added: “There are only a handful of vacant lots and most of them have been disturbed. Property rights would allow us to remove interference.”

The commission of inquiry failed to resolve the issue
In May 2016, a Commission of Inquiry was set up by the BJP government, consisting of a former Delhi High Judicial Service officer named JR Aryan. She was tasked with submitting a report within 6 months.

In June 2017, it was reported that the committee had recommended that the final call on the fate of 123 properties be taken by the Delhi Waqf Commissioner. One official informed that the JR Aryan Committee did not examine the main issue of denotification, i.e. whether the properties actually belonged to the Waqf.

And this despite the fact that he had the task of finding out the opinions of all the parties involved. Even though it took an extension for another 6 months, the commission of inquiry failed to come up with a concrete solution and transferred the responsibility to the Waqf Board Commissioner.

It suggested that DDA and LNDA take up the matter with the Commissioner and resolve it. Interestingly, the power to appoint the commissioners of the Delhi Waqf Board rests with the Delhi government (ruled by the Arvind Kejriwal-led Aam Aadmi Party).

A source told The Hindustan Times, “Had the panel taken the call on property ownership and not left it to the waqf commissioner, the NDA government could have overturned the UPA’s decision.”