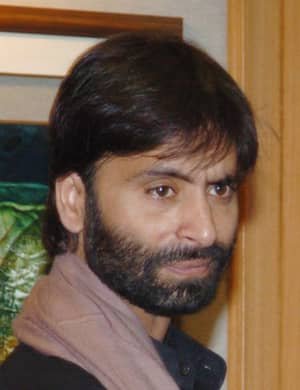 The National Investigative Agency (NIA) demanded the death penalty for the convicted Kashmiri separatist and head of the banned Jammu & Kashmir Liberation Front (JKLF) leader Yasin Malik in a terrorist-sponsored case. Malik was convicted last week by a Delhi court after pleading guilty to charges of terrorist support, widespread terrorist activities and secession in Kashmir in 2017.

The institute made the case before a special judge, Praveen Singh, and the amicus curiae appointed by the court to assist Malik demanded a life sentence – the smallest sentence in the case. A court decision on the amount of Malik’s sentence is expected later in the day.

Malik told the court that he did not object to the charges against him, including section 16 (terrorist act), 17 (raising money for terrorist acts), 18 (plotting terrorism) and 20 (belonging to a gang) or UAPA) and sections 120- B (criminal conspiracy) and 124-A (rebellion) of the IPC.

Prior to the decision, the automatic closure of Srinagar components was in place. The city’s security forces have also been deployed to prevent legal and regulatory complications.

Most of the shops and business centers in Maisuma and surrounding areas, including some shops in Lal Chowk, have been closed, PTI quoted officials as saying.

Shops in other parts of the old town here were also closed, however, public transport was moving normally, they added.