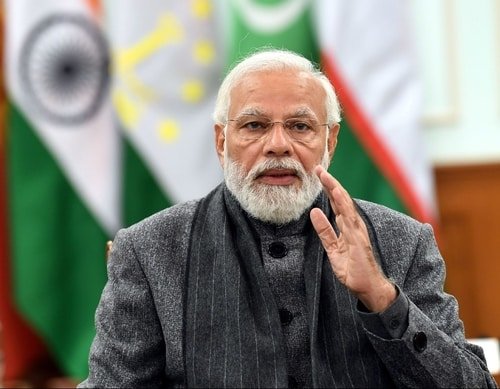 Prime Minister Narendra Modi has called for a holistic approach to planning cities and urban spaces.

Addressing the BJP mayors ruling the city bodies in Gandhinagar, Mr. Modi said that urban development cannot be achieved through a single approach to win elections. The PM said that many times decisions that could benefit cities are not made just because of the fear that such decisions may lead to electoral defeat.

He said the representatives must not become the focus of elections but should instead focus on the development of satellite towns and proper urban planning with basic infrastructure such as roads, street lights and water and sewerage systems. Mr. Modi also emphasized on the development of tier-II and tier-III city infrastructure that can help reduce the burden on large cities with massive population.

Talking about the creation of urban mass transport infrastructure, the Prime Minister said that the metro rail network in various cities of India was less than 250 kilometers in 2014 and now it has increased to more than 750 km while work is going on for another 1,000 km.

He said that today we are developing 100 smart cities across the country and have completed projects worth Rs 75,000 crore so far. Prime Minister Urban Housing is a big challenge for cities and under Prime Minister Awas Yojna [Urban] the government has so far allocated 1.25 million houses to the poor.

As many as 118 mayors and deputy mayors of BJP-ruled urban local bodies from 18 states and union territories are participating in the two-day conference, which is being held in Gandhinagar, Gujarat.