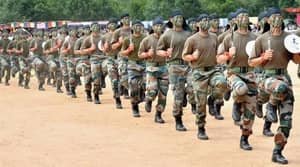 Indian Government has initiated this policy with the view of enhancing the force recruitment by walking on the path of USA and Israel.