Officials: Biden Approves Redeployment of Some Ground Troops to Somalia

Speaking ahead of a meeting of North... 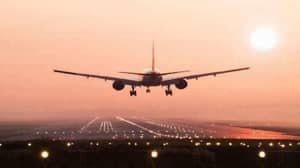 New Delhi: The suspension of planned international passenger flights in India has been extended till February 28, the aviation authority DGCA announced today.

In a circular on Wednesday, the Directorate-General for Civil Aviation (DGCA) stated: “The Competent Authority has decided to extend the suspension of scheduled international commercial passenger services to/from India until 23:59 IST on February 28, 2019. 2022”.

This restriction does not apply to international all-cargo operations and flights specifically approved by the DGCA, he said. fights under air bubble fixation are unaffected, he noted.

On November 26, 2021, the DGCA announced that India will resume scheduled international passenger flights from December 15, 2021.

Just a day later, Prime Minister Narendra Modi called on the Ministry of Civil Aviation and the DGCA to review their decision in the wake of growing concerns about the COVID19 Omicron variant.

On December 1, 2021, the DGCA reversed its November 26 decision without saying how long the suspension of international scheduled flights would last.

Officials: Biden Approves Redeployment of Some Ground Troops to Somalia