INDIA: Pre-educational dose to front line workers, adolescents above 15 years will be vaccinated 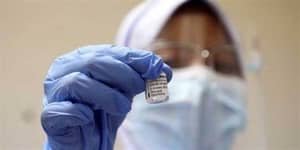 New Delhi: Prime Minister Narendra Modi, while addressing the nation late on Saturday evening, announced the introduction of vaccination for children between the age group of 15 to 18 years, advising the countrymen to be alert during the corona transition period.

Also said that for the elderly and health workers and frontline workers above 60 years of age with comorbidities (severe disease) pre-vaccination dose (booster dose) will also be started from January 10.

In his address, the PM also appealed to the countrymen to continue the measures to prevent corona like washing hands and applying masks amid the infection of Omicron.

The habit of washing hands and wearing masks is increasing in the fight against Corona.
The country has 18 lakh isolation beds, five lakh oxygen beds, 1,40,000 ICU beds.

There are B ICU and Non-ICU beds for children.
More than 3,000 PSA oxygen plants are functioning in the country, four lakh oxygen cylinders have been given across the country.

States have been assisted for buffer doses of essential medicines.
States are also being helped by inadequate testing kits.

Decisions are taken after the Omicron transition

For this, we consulted the scientists of India and went according to scientific principles and methods. Omicron is currently under discussion. Its experiences and estimates vary in the world. Scientists of India are also keeping a close watch.

Some decisions have been taken today. Today is Atal Ji’s birthday, Christmas festival, so felt that these decisions should be shared. The PM said that from Monday, January 3, vaccination for children will start in the country.

This decision will strengthen the country’s fight against Corona. Children and parents going to school and college will be less worried.

The PM further said that our experience is that Corona Warrior, the frontline worker has a huge contribution. Even today, he spends a lot of time in the service of Corona patients.

Therefore, it has been decided that pre-dose vaccines will be given to health care and frontline workers from January 10. People above 60 years of age and suffering from other serious diseases can also be given a precaution dose from January 10 on the advice of the doctor.

Modi said that there is a request that there are attempts to create rumors, confusion, and fear, avoid them. All of us countrymen together have launched the biggest vaccination campaign. It has to be expanded in the future. The efforts of all of us will strengthen the country in this fight.

The PM said that the experience so far is that at the individual level, following all the instructions is a big weapon.

The second weapon is vaccination. Realizing the seriousness of the disease, the country worked on a mission mode on manufacturing the very first vaccine. Continuously worked on research, approval process, supply chain, IT support, and certification.

The result of the preparations was that India started giving the vaccine on January 16 this year. Today India has crossed the unprecedented target of 141 crore vaccine doses.

More than 61 percent of adults have had both doses and about 90 percent have had one. Tourism-important states, especially Goa, Uttarakhand, and Himachal, have achieved the target of 100% single-dose vaccination.

Russia makes it ‘impossible for war to end’ – EU