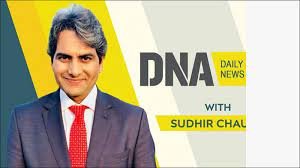 As per the latest media reports in bizasia, The Editor-in-Chief and CEO of ZEE News, WION, ZEE Business, ZEE 24 Taas is no longer a part of the organisation. Sudhir Chaudhary used to present the prime-time show ‘Daily News & Analysis’ on ZEE News. Reports reveal that the show has not been on-air for the past three days. ZEE News reportedly looking forward to building a pool of new anchors from different clusters.

Currently, Rohit Ranjan from ZEE Hindustan is filling in for Sudhir Chaudhary on his prime television show DNA.

Well, we wish Sudhir Chaudhary all the best for his new journey in the world of media. His contribution in Indian media industry is unforgettable.