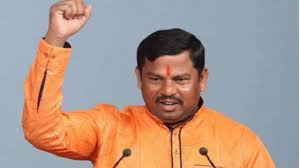 T Raja Singh has been arrested by Police in previous cases under Section 41A. Both the FIR’s were from February and April respectively.

AIMIM Party Coordinator and other leaders also found in the protests shouting hateful or bigot slogans.