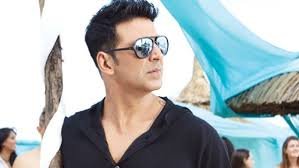 Khiladi of the Bollywood and Padma Shri awardee, Akshay Kumar started his early career as waiter and chef in  Thailand, tried his hands in modeling, and then got an opportunity to appear in films. His extraordinary journey in the film industry took a toll on his dedication, struggle, and excellent performance in his films, which completely transformed his image as a truly versatile actor, laying a foundation to become a megastar. While he himself admitted the fact that, it was his martial arts skills not acting which enabled him to do several action films making him rule over the silver screen.

Here is the list of the upcoming movies of the superstar Akshay Kumar:

Blockbuster movies always create a buzz in the entertainment industry. Our sources keep this list updated regularly & we will keep it as up-to-date as possible.

Kremlin responds to rumors over its Ukraine op

Kremlin responds to rumors over its Ukraine op

Will French officials’ turtlenecks save the country from crisis?