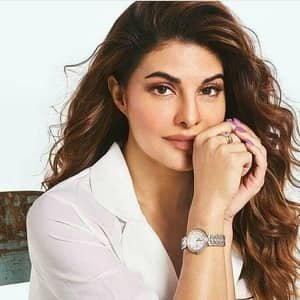 Jacqueline Fernandez was born on 11 August 1985 in Manama, Bahrain. She is a Sri Lankan actress, former model, and the winner of the 2006 Miss Universe Sri Lanka pageant.

In 2009, she made her Bollywood debut with the film Aladdin and has since established her career in the industry. She did her schooling at Sacred Heart Sydney, Sydney, after which she graduated in Mass Communication.

Here is the list of the upcoming movies of the superstar Jacqueline Fernandez:

It is an upcoming comedy film starring Ranveer Singh, Pooja Hegde, and Jacqueline Fernandez in lead roles. Directed by Rohit Shetty. The film is an adaptation of the 1982 film Angoor which is based on William Shakespeare’s play The Comedy of Errors. It will be released in cinemas on 15 July 2022.

Ram Setu is an upcoming movie based on mythological drama. Akshay Kumar, Jacqueline Fernandez, Nushrat Bharucha are in lead roles. Directed by Abhishek Sharma. Produced by Aruna Bhatia and Vikram Malhotra. It will be released in theaters on 24 October 2022.

Kick 2 is the upcoming film of Salman Khan and Jacqueline. The audience loved their chemistry in Kick and it was a hit. The director is Sajid Nadiadwala. The release date has not been announced yet.

Best Actress in a Supporting Role

Style Icon of the Year

Hotstepper of the Year

Hotstepper Of The Year (Female)

Fitspiration of the Year