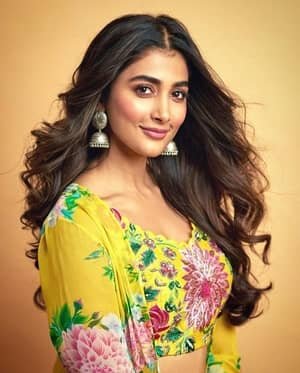 Pooja Hegde was born on 13 October 1990 in Mumbai, Maharashtra. She studied in “MMK” College”, where she regularly participated in dance and fashion shows. She was the recipient of the SIIMA Award. She was crowned as the second runner-up in the Miss Universe India 2010 pageant.

Here is the list of the upcoming movies of The superstar Pooja Hedge:

It is an upcoming comedy film starring Ranveer Singh, Pooja Hegde, and Jacqueline Fernandez in lead roles. Directed by Rohit Shetty. The film is an adaptation of the 1982 film Angoor which is based on William Shakespeare’s play The Comedy of Errors. It will be released in theaters on 15 July 2022.

Salman Khan plays a double role in this film. Salman Khan and Pooja Hegde are in lead roles. Directed by Farhad Samji and produced by Sajid Nadiadwala and Salman Khan. It will be released in theaters on 30 December 2022.

It is an action entertainer upcoming film. Mahesh Babu and Pooja Hegde are in lead roles. Directed by Trivikram Srinivas. Produced by S Radha Krishna under the banner Harika and Haseen Creations. The release date has not been announced yet.

Jana Gana Mana or JGM is upcoming Telugu Film starring Vijay Deverkonda and Pooja Hegde and will be directed by Puri Jagannadh. The film will be inspired by Military action zone.

Some lesser-recognised facts about Pooja Hegde