Wasim Rizvi, Becomes Hindu: Ex-Chairman Of Shia Waqf Board To Convert To Hinduism 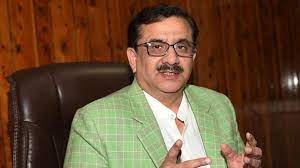 New Delhi: Remaining in the news of his abhorrence of Islam, Wasim Rizvi will now leave the religion and convert to Hinduism today. According to reports Wasim Rizvi, former member and chairman of the Shia Waqf Board, will receive a Hindu religion at the Dasna temple in Ghaziabad.

Yati Narsinhanand Giri will officiate at the Dasna temple in Ghaziabad, the conversion of Wasim Rizvi.

Burnt, Not Burial: Wasim Rizvi, he says when he dies he must be burnt according to Hindu rituals.

Wasim Rizvi had recently expressed, after his death, his wish that he should not be buried, but should be burned according to Hindu tradition. He also expressed his desire for Yeti Narasimhananda to fire his rifle.

‘Muslims Want to Kill Me’

Waseem Rizvi released a video in which he alleged that Muslim groups were plotting to kill him and behead him. In a video message, he said, “My only fault is that I challenged 26 verses of the Quran in the Supreme Court. The Muslims want to kill me and declare that they will not give me a place in any of the graves.”

Wasim Rizvi also made headlines for requesting the removal of certain verses from the Quran. He had applied to the Supreme Court citing 26 verses in the Quran that ‘promote terrorism’. However, rejecting the application, the Supreme Court imposed a fine of Rs 50,000 on Rizvi.