Yogi to be elected leader of BJP legislature party Today 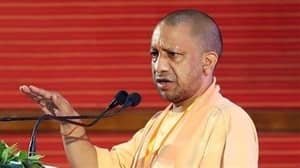 Lucknow: Yogi Adityanath will be officially elected leader of the Legislative Party at a meeting of newly elected Bharatiya Janata Party (BJP) MLAs on Thursday.

After being elected leader, Yogi Adityanath will meet with Governor Anandiben Patel and claim his right to form the government of the state. The inauguration ceremony is expected to be held at Atal Bihari Vajpayee Ekana Stadium in Gomti Nagar on Friday.

UP Acting Prime Minister Yogi Adityanath had discussed the formation of a government in the state with senior BJP leaders here.

“The names and number of deputy prime ministers were discussed at the meeting.” sources said. “There are more than a dozen vacancies as some incumbent ministers lost elections while some left the party ahead of the elections.

Some ministers who were influential in the previous Yogi Adityanath may not receive ministerial posts this time, the sources said.

The selection of the new ministers was based solely on the previous government’s performance and its clean public image, the sources said.

The BJP and its allies won 273 out of 403 seats in the Vidhan Sabha. The party has set a record as the BJP forms government for the second consecutive year after 37 years.

In addition, Yogi Adityanath also set a personal record by being the only Chief Minister to win an election and enjoy a second consecutive term. the recently completed assembly votes in the state.

He was elected to the state Legislative Council on September 8, 2017, after becoming Chief Minister. Prime Minister Narendra Modi, Nadda, Union Ministers Amit Shah, Rajnath Singh, and others along with Chief Ministers of BJP-ruled states and some prominent leaders and figures were invited to Adityanath’s swearing-in ceremony.