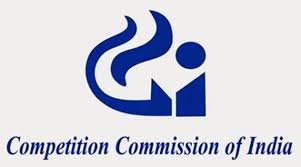 One of the key provisions of the Competition Act i.e., Section 26(1) allows CCI to order an Investigation by the Director General (DG) if the commission is of the opinion that there exists a prima facie case in relation to evidence received. Since the commencement of the act, the horizon of the DG’s investigative power, as well as the way in which the DG can employ those powers, has been a sensitive topic. Parties to a dispute frequently contest the DG’s report disputing the scope of investigation or the DG’s authority. All appeals against impugned orders of the CCI earlier, would be heard by the Competition Appellate Tribunal (COMPAT). The COMPAT was abolished on May 26, 2017 as a result of a recent modification. The National Company Law Appellate Tribunal (NCLAT) will now have the appellate function under the Competition Act.

Dilemma in order passed U/S 26(1) whether Administrative or Authoritative in Nature?

CCI is a statutory body with quasi-judicial powers, its Section 26(1) orders are not “administrative” in nature. Further, even if they were, CCI must nevertheless apply its mind to the evidence in the record and, thereafter, conclude based on cogent reasons that there is a prima facie violation of the Act. This is especially important given the DG’s expansive powers during an investigation.

In WHATSAPP LLC V.  CCI it was held that the order passed U/S.26(1) of the Act is purely administrative in nature and does not have any implications on the petitioner’s civil rights (s). In fact, the impugned Order may have been issued without providing the petitioner with any notice or an opportunity to be heard. Though the respondent is required to explain reasons in the impugned decision, I believe that because it is not required to make any definitive conclusions but merely to develop a prima facie view in order to initiate such an inquiry, it does not need to address all of the petitioner(s)’ points in depth.

In the above-mentioned case of WhatsApp LLC, the Hon’ble Single Judge in my opinion failed to appreciate that the direction to investigate U/S 26(1) of the Act has significant adverse consequences. Indeed, the CCI Order subjects WhatsApp to the rigors of an intrusive investigation by the DG whose powers are “far more sweeping and wider than the power of investigation conferred on the Police under the Code of Criminal Procedure” (Google Inc v. CCI). As the Hon’ble Supreme Court observed, even where such investigations are non-binding fact-finding endeavours, they carry “grave” risks — including prejudicially impacting a party’s credibility, reputation, and commercial prospects.

Challenge of order passed under section 26(1)

The above mentioned case of CCI v. SAIL, raised a havoc in the legal industry and the said development is concerning, since the particular order of the CCI to direct investigation has been specifically set aside by the legislature from the scope/jurisdiction of appealable orders under Section 53A of the Act. In order to cater the above mentioned issue different HC have utilised their extraordinary power inherent from Article 226 of the Indian Constitution to stay or set aside a few CCI orders to examine implicated parties.

Jurisdiction of Court to interfere with order under 26(1)

The legislative objective, based on a quick skim reading of the Competition Act, is for cases to be resolved quickly since extended litigation would be harmful to the market and economy. In SAIL judgement and Excel Corporation vs. CCI, the Supreme Court reaffirmed this stance. As a result, court involvement in CCI investigations should only be used when absolutely required, because a delay in the inquiry might cause irreversible harm to a domestic market. Over a span of time, the Apex Court and numerous High Courts have considered it appropriate to intervene in these orders under their extraordinary jurisdiction. A combined study of the law and the Apex Court judgements following reasons can be established on which an order to investigate stayed or set aside:

In the matter of CCI vs. Bharti Airtel Ltd. (“Bharti Airtel”), the Supreme Court ruled that there lies a writ petition under Article 226 challenging a directive of investigation by CCI and the challenge only be maintainable on the ground of lack of proper jurisdiction. A jurisdictional question would only come into picture, when a party in the dispute are already governed by a separate and competent statutory regulator, [Bharti Airtel]. In deciding on the point of suitable forum with regards to competition matters, the Hon’ble HC should apply its mind in examining the functions as well as the objectives of the different statutory regulators created by law, whether their inquiries and investigations are in accordance with the law, the power to grant relief and whether to what extent such reliefs would be practically suitable in competition matters or not. The Courts should also keep in mind that CCI ruling are Right in rem, but certain regulators decision can said to be Right in Personam. Decisions made in personam would not have the intended rippling effect on the impacted market as a whole, and hence decisions made by the CCI may be more preferable.

A petition under the writ jurisdiction, challenging the investigation made by CCI can be made maintainable where Firstly where parties to a dispute cannot establish a prima facie case from the said allegations or the said averments are uncertain, and Second where the said allegation filed is with mala fide intention. In Google Inc. vs. CCI, the Delhi High Court upheld the aforementioned grounds for challenge, stating that an inquiry under the Competition Act is as intrusive as a police probe under the CrPC, that is not exempt from review. The High Courts should keep in mind that the question before the HC is for only looking at the order of investigation on this ground, not deciding the case on its merits. The Apex Court concluded in Bharti Airtel that a High Court would not be competent to decide on the merits the correctness of such an order. As a result, the HC when and where necessary should exercise their extraordinary jurisdiction while deciding matters related to CCI orders sparingly and judiciously.

Under the principle of judicial discipline, a lesser authority, like CCI, must exercise judicial restraint to avoid the risk of rendering inconsistent or divergent decisions where superior authorities are already seized of a matter. In CCI v Oriental Rubber, and Cadila Healthcare Ltd. v. CCI. Here, the Hon’ble Single Judge correctly acknowledged that “some of the issues in the CCI Order may substantively be in issue before the Supreme Court and this Court . . .”, which are two superior authorities.

In above-mentioned case of CCI v. Bharti Airtel (“Bharti Airtel”), The Hon’ble Supreme Court rejected CCI attempt to exercise jurisdiction over a matter premised on facts and legal issues that were already under consideration by another more appropriate authority (in that case, a sectoral regulator), even though the matter also involved competition-related issues. The Hon’ble Court specifically invoked the need to avoid the risk of inconsistent decisions in its judgment, and determined that the other authority had primacy.

The legislative objective, based on a quick skim reading of the Competition Act, is for cases to be resolved quickly since extended litigation would be harmful to the market and economy. In SAIL judgement and Excel Corporation vs. CCI, the Supreme Court reaffirmed this stance. As a result, court involvement in CCI investigations should only be used when absolutely required, because a delay in the inquiry might cause irreversible harm to a domestic market. It is the discretion of commission to invoke its powers under section 21A of the Act, which allows it to seek the advice of other statutory authorities in case of contradicting jurisdiction before ordering such investigation. A combined effort would be needed to increase the speed with which antitrust investigations are conducted in India.

(i) the authority has taken into account irrelevant or extraneous considerations,

(iii) the authority has misdirected itself in law.

It is pertinent to note that power to review is a part of doctrine of basic structure as enshrined in our Indian constitution and at the same time absolute power to review cannot be provided, courts in India have to apply their mind and the theory of checks and balances in order to adjudicate the imbalance created by law. Therefore, this does not imply that the notion of separation of powers which is enshrined in our constitution has been buried, with the court granting itself unrestricted authority to evaluate everything the legislature does.