The complaint, lodged in California, argues that Facebook’s algorithms promote disinformation and extremist thought that translates to real-world violence. Rohingyas face widespread discrimination in Myanmar, with a military-backed campaign seeing hundreds of thousands driven into Bangladesh in 2017 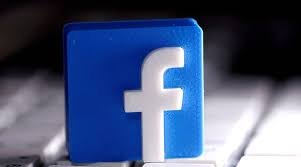 Rohingya refugees filed a lawsuit against Facebook on Monday demanding $ 150 billion for a social media platform that failed to end hate speech in its area, fueling violence against a minority at risk.

The complaint, filed in a California court, alleges that algorithms enable US-based companies to promote unintended information and extremist ideas that translate into real-world violence.

“The undeniable fact is that the growth of Facebook, fueled by hatred, divisions, and misinformation, has left hundreds of thousands of Rohingya devastated.”

The main Muslim group is facing widespread discrimination in Myanmar, where it has been viewed as a mediator, even though he has been living in that country for generations.

A military-backed operation by the United Nations that resembled the genocide saw hundreds of thousands of Rohingya deported to the border in Bangladesh in 2017, where they settled in overcrowded refugee camps.

Many more remain in Myanmar, where they have been denied citizenship and have suffered at the hands of civil unrest, as well as legal discrimination by the ruling military.
The official complaint states that Facebook’s algorithms incite affected users to join high-risk groups, a situation “open to exploitation by independent politicians and governments.”

Critics say that even if it is warned about hate speech on its platform, the company is failing to act.
They suspect that this social media giant allows lies to proliferate, affect the lives of minorities and distort elections in democracies like the United States, where baseless allegations of fraud are widespread and intensify among like-minded friends.

This year, a major internal company crackdown sparked headlines against Facebook, whose parent company now called Meta, knowing that its sites could hurt some of the billions of users – but executives have chosen to grow rather than secure.

Secretary-General Frances Haugen told the US Congress in October that Facebook was “spreading racist violence” in some countries.

The Rohingya case, which seeks to defend the defense, states that where appropriate, Myanmar law – which does not provide such protection – should prevail in the case.

Facebook, which did not immediately respond to queries about the case, was under pressure in the United States and Europe to seize false information, particularly in the election and coronavirus.

The company has established relationships with a number of media companies, with the goal of verifying online posts and removing false ones.