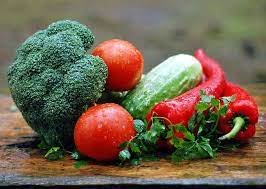 One of the food trends that is getting popular these days is Organic Food. This question must have popped up in your mind too “Should I switch to Organic food completely?”. It can also be very expensive. Some organic food costs twice as much as non-organic food. Parents of young children and even some pet owners, will pay high prices for organic food if they think it’s healthier. But many others think organic food is just a waste of money.

What is Organic Food?

Organic food is grown without the use of synthetic chemicals, such as human-made pesticides and fertilizers, and does not contain genetically modified organisms (GMOs). Organic foods include fresh produce, meats, and dairy products as well as processed foods such as crackers, drinks, and frozen meals.

The major difference between organic and non-organic food is that, organic farms do not use agricultural chemicals such as pesticides that stop insects from damaging crops. In many countries, foods that claim to be organic must have special labels that guarantee they’re grown organically.

Many people believe that organic also means “locally’ grown’, and originally, this was true. But over time, organic farming has become a big business with many organic foods now being grown by large agricultural companies that sell their products far from where they’re grown. Processed food made with organic ingredients has also become more popular. At first, only small companies produced these products. But as demand over took supply, big food companies that had been selling non-organic products for many years also began selling organic products. Small organic food companies found it difficult to compete with these big companies and many didn’t stay in business much longer.

Can we consider organic food safer and more nutritious? This is an important part of the debate. Many farmers and consumers believe that it is. They think agricultural chemicals can cause serious illnesses like cancer, but there is something much worse as claimed by scientists and that is “permanent gene mutation” especially weakening disease protection mechanism for generations. However, recent studies have shown that eating organically-grown produce reduces your chances to develop heart diseases and are much more nutritious than chemical ones. Many doctors think it’s more important to stop dangerous bacteria from contaminating foods. These bacteria can contaminate both organic and non-organic fruits and vegetables, and doctors recommend washing the produce carefully before eating it. Meat, fish and chicken can also. become contaminated, so washing your hands before handling these foods is also very important.

Many doctors also believe that we should reduce the amount of sugar in our diet, and there is a lot of evidence to support this idea. They are recommend carefully checking the list of ingredients on processed foods and drinks for all the words that really mean sugar like glucose, sucrose and fructose. And they remind us that the aim of most big food companies is to make lots of money, even if they damage our health while doing so. This means processed foods that are called ‘organic’ can also be very unhealthy if they contain lots of sugar.

A lot of people agree that naturally grown food tastes better. Is tastier food worth the extra money? That’s a matter of opinion. Whether organic food is healthier or not is still not clear, so more research is needed. However, consumers of organic food often say ‘better safe ‘ than sorry’ when it comes to what we eat.