https://ift.tt/F5kjDJ1 decades, Americans have been split over... 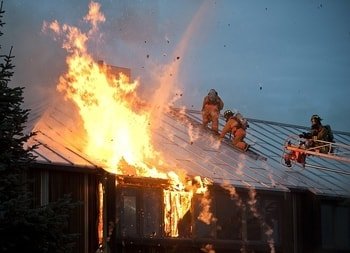 NAIROBI: A huge fire broke out in a crowded prison in Burundi just before dawn on Tuesday, with fears that many people would be killed as more prisoners remained at the scene, witnesses said.

The blaze broke out at around 4am (0200 GMT) and destroyed many of the center’s facilities in Burundi’s political capital, Gitega, they said.
Another inmate who was contacted by telephone told AFP that the prisoners had died as a result of the fire, and eyewitnesses said the injured were taken to hospital by police and army trucks.

The cause of the fire was unknown and no arrests had been made.

“We started shouting that we would be burned alive when we saw the flames burning, but the police refused to open the doors of our area, saying ‘these are the orders we have received’,” the prisoner told AFP.

“I do not know how I escaped, but there are prisoners who have been burned to death.”

Red Cross teams in Burundi were at the scene caring for the victims, and the flames are now under control, witnesses said.

The center housed more than 1,500 inmates by the end of November, according to figures from prison officials, who were more than 400 of them.

Most prisoners are male but there is also a separate women’s wing.

A group of police and soldiers surrounded the area and barred journalists from approaching or taking pictures, witnesses said.

A police source said paramedics arrived late at the scene, and a fire truck arrived two hours after the fire started.

The same Gitega prison, located in the center of a small country, was hit by another fire in August, according to the interior ministry, who blamed the short-circuit for electricity.

No fatalities were reported.

Democrats Want Biden to Do More on Abortion, But He Faces Tricky Legal Challenges