Upcoming Movies of list of Prabhas  in 2022, 2023: Tollywood Superstar 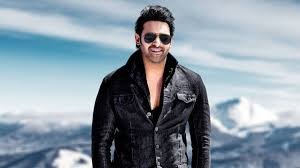 The Superstar of Tollywood, Uppalapati Venkata Suryanarayana Prabhas Raju popularly known as Prabhas, his father Uppalapati Surya  Narayana Raju, a film producer. As a south Tollywood actor, most of his films are in Telugu. His first film was Varsham (2004), a romantic thriller that was a big hit. In addition to Chattrapati and Darling, he  also starred in Mr. Perfect, Mirchi, and Mr. Perfect 2.

With S.S. Rajamouli Baahubali: The Beginning (2015) and Baahubali 2: The Conclusion (2017), which  proved to be one of the greatest blockbusters, won numerous awards globally including the National Film Award, this film completely transformed the acting career of Prabhas making him a Pan India  Star.

As a result of the popularity of Baahubali, he is going to release many big-budget Pan India films in  2022. Let us talk about those films.

With Siddharth Anand: Several reports indicate that actor Prabhas will portray a RAW agent in his upcoming film with director Siddharth Anand. In the coming months, more details will be revealed about the cast and storyline.

Fans are eagerly waiting for Prabhas films, the names of which are already making a buzz in the Entertainment Industry.