Apple’s AirTags tracking devices are being used to steal cars 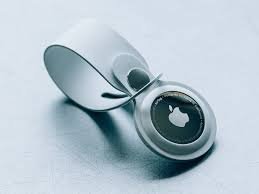 Earlier this year, Apple launched its tracking device called AirTag. Although they are useful for finding lost items such as keys, backpacks, and so on, there was always the impression that they were being misused. It appears the Canadian thieves were using AirTags to steal cars. According to numerous online reports, York State Police in Ontario have been warning about the use of AirTags by thieves.
According to York police, the suspects allegedly left AirTag in the car and followed the owner’s residence. There they stole the car from the victim’s road and fled the scene.
Over the past few months police have investigated five incidents in which similar vehicles were stolen. Thieves often install AirTags in luxury cars when they are parked in supermarkets or in parking lots. AirTags makes it easy to track – in this case – the vehicle.

Apple also claims that iOS devices can detect the missing AirTag from its owner, and notify the user if an anonymous AirTag appears to be moving them from place to place over time. And even if users do not have an iOS device, AirTag, which has been separated from its owner for a long time, will play a sound when it is pulled to attract its attention, ”Apple explained. However, if you have an Android phone this feature does not work.