As per the recent reports Senior Journalist... 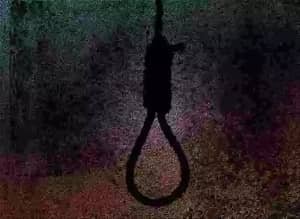 The death penalty also called as Capital Punishment is one of the legal process in which a person is punished and put to death for a crime, by the state. It is considered as the ultimate denial of the human rights.

If a person is punished in this manner, a death sentence is a judicial decree, whereas Execution is the real process of the cause of death of the person. This degrading, inhuman and cruel punishment is being done in name of justice.

As a punishment, the death penalty or Capital punishment makes no sense: and in my opinion Death penalty should be abolished. I don’t understand How does killing a person who has killed a person showed that killing is a wrong.

According to Article 21 of Indian Constitution said that No one has right to take or deprived right to life of any person.

And in the same way the basic purpose of legal system of India in criminal law is reformative and not retributive.

#If we believe that muder is wrong and not admissible in our society , then it has been wrong for everyone , not just individuals but government as well.

It may be added here that what we have borrowed is the form or style of expression and not the right itself. The right to life is not the something that constitutions create or even confer.

Allan Gledhill has given an interesting statement regarding it, which is:In some of the older countries the right to life and liberty receives more effective protection from constitutiona1 conventions than they do in countries with constitutions elaborating the right.

The degree of personal liberty enjoyed by the average Indian is not remarkably less than that enjoyed by a citizen of any other parliamentary democracy.In a case under Section 302 of the IPC, the judges are supposed to choose between death and imprisonment for life.

They enjoyed a discretion to that effect, though the discretion is not totally unqualified. The question of life and death is left to a judge, susceptible to value preferences and error or judgement like any other.

It is here that the constitutionality of laws providing Death Penalty becomes suspect.In addition, the constitution of India guarantees to every person a fundamental right to life subject to its deprivation by the procedure established by law, it can be argued that sentence of death in the present form violates the citizen’s right to life.

There have many problem come in way when someone is given Capital punishment or death penalty. I had few question before I gave light on problem occurs with death penalty.

I want to ask that can this system be trusted to takes a life ? And that too based on evidence collected, or fabricated, by a police force not known for its probity or efficiency?

What about the faulty jurisdiction and politics?

The death penalty unfairly targets the poor and marginalized people. Those without Capital (wealth) get the punishment.

Scaly prisoners on legal aid get in the most while others with private lawyers remain untouched.

Implementation of the death penalty has also been deeply problematic. As the recent Death Penalty India Report by the National Law University, Delhi, indicates, the structural flaws in our criminal procedure and criminal justice system are most pronounced in death penalty cases.

Due to biases in criminal investigations, the marginalized — whether by religious and caste denominations, or class — are disproportionately subject to the death penalty.

And delays in the criminal justice system disproportionately affect those who suffer the tyranny of the uncertainty of their life. India also retains the death penalty as an option for non-homicide offenses where the instrumentality argument is the most attenuated.

1.4 ANALYSIS THE VIEWS OF LAW EXPERTS

At a time the debate or discussing on whether Capital punishment should be abolished or not?

I read the text of more than 20 supreme court judges interviews and majority of them arguing that : non-uniformity and rather contradictory approach by judge while awarding death sentence. And they also said that there is a non uniformity in understanding rarest of the rare (intensity of the crime) in many facts.

1.5 HISTORY OF INDIA IN PERSPECTIVE OF DEATH PANELTY NON VIOLENCE AND PEACE

The Indian reform movement declared the dharma of non-violence to the world, two and half millennia ago. While Jainism went to the extreme compassion of being worried about killing even Sukshma Pranas or creatures that can’t be seen with naked eyes and advised its followers to cover their nose and mouth to prevent them from accidentally entering one’s body and be killed, Buddhism chose the middle path. Jainism laid the foundation of vegetarianism in India.

The rise of Buddhism and its eventual spread across the world led to the concept of Ahimsa to spread beyond the Indian shores. Buddhism gave a theoretical base to Ahimsa. The objective of life was not only to show compassion but also Dukha Nivarana or the elimination of suffering of others. The famous Buddhist story of Angulimala illustrated how Buddha had illustrated the power of Ahimsa.

India is the land where people like BUDDHA and GANDHI are born, a country where MOTHER TERESA lived. Its a place from where peace and non violence was spread to the world. In such a country the law has provision for death penalty is unacceptable.

We should follow Reformative justice not Retributive justice. Law was made by the people to safe guard the people, but not to kill people in the name of law.Law of nature and humanity prevails over everything.

Only nature should take away life from this earth, any other way is murder. We don’t want a society or law which takes away the natural right of the person to live.

In a just society punishment should stimulate a change in person not to kill a person for the crime.

”EYE FOR AN EYE MAKES THE WHOLE WORLD BLIND” – GANDHI