Growth of PUMA In India: Journey from Cat to Panther 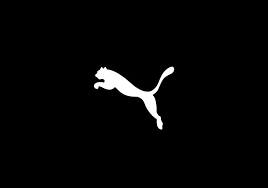 After the official launch in the year 2020 the product line of  Puma and X-BIONIC received the prestigious PLUS X award in 2021. X-BIONIC already holds the award “THE MOST INNOVATIVE BRAND OF THE YEAR” for 11year in a row. The continuous  struggle over the time Puma was able to secure” EUROPEAN  TOP  EMPLOYER IN 2021”.

Adidas and Nike was aggressively  advertising, Adidas got Sachin Tendulkar as ambassador while Nike was the official partner of the Indian cricket team. In the next 5 years Puma struggled to capture the Indian sports market. The reason was – not the existing giant players but at that time the sports industry was small and too complicated and also price sensitive. But reebok was killing in the market because reebok positioned itself not as merely sports or performance brand but as Lifestyle brand , reebok focused  mostly on footwear as compared to its other products or services , they focused themselves as a lifestyle brand and not merely as sports brand which can be seen from its advertisement strategy .

ADVANTAGE OF BEING FASHION BRAND OVER SPORTS :  there are  roughly 3 advantages. In India people who tend to buy “sports”  footwear tend to purchase it in single qty and use it for all other sports . But when it comes to buying “casual” sneakers , it’s a style statement and the more are the less. The space for sneakers or any casual shoes in the life of a person is way more as compared to any “ specific/sports footwear” .

Since the utility value of casual  footwear  is so generic , not many focus on the intricacy of their functionality, folks mostly cared about “ an affordable long lasting shoe”. Since Casual Footwear are more affordable as they don’t have any much functionality and only Aesthetics  so say in 20 Dollar you might get a below average sports shows but an amazing casual sneaker ,hence the entry barrier for the casual footwear in the market is less challenging .

Thus Back in 2010 while you had adidas and Nike fighting in the sports segment  very few footwear specialized brands targeted the fashion segment. This was the reason why Reebok became a successful brand in our country India . “But when the brand was at its peak “ “Reebok Alleged Fraud Case “  came into the picture.

“Reebok  India”  for alleged around 8700 crore Fraud  , second biggest corporate scandal after Satyam at that time . Reebok shut down  its many stores in country,

Loss for 1 Gain for Other

That’s where puma came up as Harbinger and positioned itself akin to the reebok I,e as a fashion brand in India. Even today it’s following the same strategy to retain its position as one of the leading market leaders in the segment .

Puma steadily build its network of around 300+ stores  in more than 100+ cities in India , without opening multiple stores in the same location ( i.e. not many shops in the same locality ) , it is also interesting to note that majority of their stores were operating under franchise model , this prevented them from over distribution , resulted into around 13% same store sales growth in 2014  as compared to 2013 .

When retailers became handicapped after the closure of reebok , puma came as saviour for them , one of the biggest reebok vendor “ Rishabh Sports Nation” , joined hands with puma afterwards and therefore puma successfully cover the bridge which was left by reebok in both ( B2B AND B2C) space.

To cater the Indian audience they launch “Flip Flop“ exclusively for Indians ( consider it as a sample product to remove entry barrier) . Even  today if we go and check any e-commerce website the  starting range of  puma products as compared to nike or adidas  is comparatively less .

Lastly puma starting to portray itself as a “lifestyle brand “ which was evident from its Marketing strategy ( ad campaigns) by hiring fashion ambassadors  as Lisa Haydon / Jacqueline Fernandez  to take it into another level up Puma has also invested in ‘ Food Drinks and Entertainment Venture “ called as “PUMA SOCIAL CLUB “ancillary to this other campaigns like “PUMA LOVES VINYL” makes it more popular among millennials . All of these factors strengthen puma as a “ lifestyle brand” . At the end to leave no stone unturned it also hired Virat Kohli  and other cricketers to cater the sports segment, thereby making it omnipresent in the market by not solely focusing or porting itself as “ exclusively sports footwear brand” .