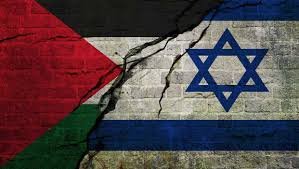 These two contrasting statements show how at the expense of one’s suffering, the other is thriving. If one reads these lines carefully, one would find that the tourist review is implying that the village falls under Israel while on the other hand, Fatima Nawaja is the resident of the same village, in Palestine.

Does that mean the tourism industry is flourishing and profits are adding to Israel’s economy at the cost of the lives of natives of Palestine? Will this make Israel accountable on the international level for human rights violations? What kind of liabilities are there on the part of companies like TripAdvisor and who are they answerable to? To understand and analyze the whole scenario, we first need to get a gist of the history of both the countries and contemporary issues around which this problem arose and the infringement of rights had been done.

The Israel and Palestine conflict is complex. It’s rooted in national, political, territorial, cultural, and religious factors. Israelis and Palestinians both want the same thing: land. Israel-Palestine land, which used to be called Eastern Mediterranean, was under the Ottoman empire for centuries. After facing centuries of persecution, Jews joined a movement called ZIONISM in Europe during the 20th century.

It was an ideology and movement that aimed to establish a Jewish state in Palestine. Zionists believed that they were not just a religious group, but were an ethnic group that deserve their state. When the Ottoman Empire collapsed after World War I, the British took the control of the Middle East region and carved up the “British Mandate for Palestine” in 1922. The British allowed Jewish immigration and they started settling into the farming communities of Arabs which caused tension between the two ethnic groups. Both sides committed acts of violence. In 1947, as sectarian vehemence between the Arabs and Jews grew and to end it, the United Nations in the year 1948 came up with a plan to divide British Palestine into two separate states: ISRAEL (Jewish State) and PALESTINE (Arab State). Jews accepted this plan and declared their independence as Israel but Arabs saw the UN plan as just more European colonization trying to steal their land. Arab states declared war on Israel to establish a unified Arab-Palestine land but the new state of Israel won the war. But in the process, they pushed well past their borders under the UN plan, taking much of the land that was to have been a part of Palestine.

They also expelled a huge number of Palestinians from their homes, creating a massive refugee population. This marked the beginning of the decades-long Arab-Israeli conflict. The Jewish state was now occupying the Palestinian territories, including all of Jerusalem and its holy sites. This left Israel responsible for governing the Palestinians. The Palestinians Liberation Organisation (PLO) which had formed in the 1960s to seek a Palestinian state, fought against Israel through acts of terrorism. After the 1982 invasion of Lebanon to kick the group out of Beirut, PLO said it would accept dividing the land between Israel and Palestine, but the conflict continued. During this period, something drastic was changing in the Israeli-occupied Palestinian territories (OPT): Israelis were moving in.

These people are called settlers and they made their homes in the West Bank and Gaza whether Palestinians wanted them or not. Some moved for religious reasons, some because they want to claim the land for Israel, and some just because housing is cheap and often subsidized by the Israeli government. The settlers are followed by the soldiers to guard them, and the growing settlements forced Palestinians off of their land and divided communities. Repercussions of this occupation were that it made the process painful for Palestinians by dividing up their land and difficult for them to ever have an independent state. Israel builds walls and checkpoints to control Palestinians’ movements. Today, there are several hundred thousand settlers in the OPT even though the international community considers them illegal.

ROLE OF STATE AND CORPORATES

Now the question is how and why these settlements have been sustained? What incentives do the Israeli government and settlers have to maintain their outpost? We are well aware of the fact that OPT and Jerusalem are known for their rich cultural heritage and historical monuments. Due to their religiously vibrant past and geographic location, these areas are a hotspot to flourish tourism industry. A booming number of tourists in these regions encouraged successive governments of Israel to bring a policy that sustains and expands these settlements through a combination of administrative and legal measures like tax incentives, low-cost utilities, and other financial resources which encourage Jewish Israelis to live in these places and support settlement economy. This growth has brought financial benefits both to Israel and to businesses operating in occupied territory.

This is because most foreign visitors also enter the OPT. The top three most visited places by foreign tourists in 2017 were all in Jerusalem’s Old City, which Israel annexed in 1967 along with the rest of East Jerusalem. A major part is played by big corporates and digital tourism companies in this vicious process by promoting these sites as attractive tourist spots, having luxury hotels, and providing positive reviews of each visit. Many pieces of research and surveys over the years revealed that digital companies like Airbnb, TripAdvisor, Expedia, and, Booking.com by listings these OPT settlements and attractions not only sustain and expand these illegal settlements but also violate the human rights of Palestinians on various levels.

These business activities such as the transfer of Israel’s population into the occupied territory and, the appropriation of property without military justification, unavoidably sustain an illicit situation and amount to war crimes under the Rome Statute of the International Criminal Court. All four companies claim to operate under high ethical values and respect for the rule of law. However, in doing business with settlements, all four companies are contributing to and profiting from, the maintenance, development, and expansion of illegal settlements. They are also contributing to violations of human rights law and acting in direct contradiction with their corporate standards. Their promotion of Israeli settlements in the OPT as a tourist destination also has the effect of “normalizing”, and legitimizing to the public what is recognized under international law as an illegal situation.

The European Union has stated that: “settlement building anywhere in the occupied Palestinian Territory, including East Jerusalem, is illegal under international law, constitutes an obstacle to peace and threatens to make a two-state solution impossible.” The settlements have been condemned as illegal in many UN Security Council and other UN resolutions, most recently in December 2016. Yet, despite broad recognition of the illegality of settlements, Israel continues to flagrantly disregard international law and is constructing thousands of new housing units. Palestinian civilians continue to be subjected to forcible displacement, the confiscation of their land and natural resources, the demolition of their homes, properties, and infrastructure, and restrictions on their movement. This has a devastating impact on Palestinians’ rights to an adequate standard of living, work, housing, health, and education and has progressively crippled the Palestinian economy.

ACCOUNTABILITY AT THE INTERNATIONAL LEVEL

The core issues which revolve around these atrocities are the State’s liability and the Corporates’ accountability under international laws. Part III, section III of the Fourth Geneva Convention of 1949 laid the duties of Occupying power concerning the arrangements they had to make for the people of the occupied region with respect to food, medical supplies, hygiene, public health, labor, and evacuation, etc. Israel, by allocating financial resources to develop tourism attractions and infrastructure, robbed Palestinians of their livelihood and made them refugees on their land. The Israeli government has political and ideological reasons for developing the tourism industry in the region. Settler groups supported by the Israeli government emphasize the Jewish people’s historic connections to the region.

Israel has constructed many of its settlements close to archaeological sites to make the link between the modern State of Israel and its Jewish history explicit. At the same time, Israel downplays or ignores the significance of non-Jewish periods at archaeological and historic sites. The designation of certain locations as tourist sites is also used by the Israeli government to justify the takeover of Palestinian land and homes. This has resulted in forced evictions as well as restrictions on the ability of Palestinian residents to establish or expand their homes or use the land for agricultural purposes. On the other hand, if we talk about corporate responsibility under international standards, The UN guiding principles on Business and human rights make clear that companies have to respect humanitarian law. It is specifically mentioned under these that corporates cannot operate in such a manner that contributes to human rights abuses and if their business operations are posing a threat to basic human rights, they should not undertake that activity at any cost. But the ground reality is showing a different picture.

These digital companies are feeding on profits by exploiting Palestinian land and natural resources, helping in sustaining illegal settlements, and in the process infringing the rights of the people of occupied land. Even after laying down the rules to follow by MNCs, none of the U.N. complaint procedures related to human rights possess mandates to monitor the activities of corporations. Additionally, the International Criminal Court (ICC) lacks jurisdiction over corporate entities, and can therefore only prosecute individual corporate officers, thus failing to attribute criminal accountability to the corporation as a collective entity. Moreover, regional human rights courts also lack jurisdiction over both corporate entities and individual corporate officers.

This atrocity has been going on for more than 50 years now. Israel and these digital tourism companies have received criticism globally because for not complying with the humanitarian laws but no bold action has taken place to this day. This silence on the part of international bodies that are responsible to prevent human violations has been seen as validation by the Israel and MNCs and in a way encourages them to continue these illegal settlements. Even though the Universal Declaration of Human Rights 1948 provides us with all kinds of rights that could be there and the list keeps getting longer to keep a track of changing times, I believe it would not be wrong to say they exist only on paper and not in action and spirit. After the advent of technology and digital means to cater to our needs, people are only oppressed by other countries but also by business giants who are taking control of the economies and natural resources of vulnerable states and making indigenous people slaves or refugees in their homeland. There is a dire need to come forward, not only just to recognize the violations, but also to rectify the wrong done. By doing that, we will respect the principles of democracy and human rights in their true sense.