What is free legal aid service, Process and Importance in India: Legal Analysis 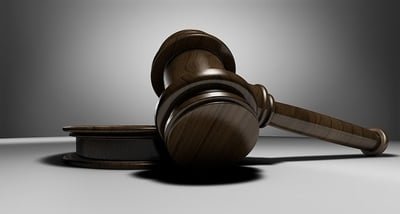 Legal aid means providing barrier-free justice to the poor and illiterate. It was first started by PN Bhagwati under the Legal Aid Committee constituted in 1971. Article 39A of the Constitution of India provides that State shall secure that the operation of the legal system promotes justice on a basis of equal opportunity, and shall in particular, provide free legal aid, by suitable legislation or schemes or in any other way, to ensure that opportunities for securing justice.

Articles 14 and 22(1) make it mandatory for the state to ensure equality before the law and a legal system that promotes justice to all based on equal opportunity.

Those who are not able to pay the court fees take the government’s free legal aid service by which they ensure justice based on equal opportunity.

The first legal aid movement came into force in 1851 when certain provisions were introduced in France to provide legal aid to the poor people of the society.

Efforts to provide free legal aid services to needy people in Britain were started in 1944. From 1952, the Government of India also began to address the question of legal aid for the poor at various conferences of Law Ministers and Law Commissions.

Some provisions were framed by the government in 1960 For legal aid schemes.

Legal aid schemes in various states were run through legal aid boards, committees, and law departments. In 1980, a committee was constituted at the national level to oversee and supervise legal aid programs across the country under the chairmanship of Hon. Mr. Justice P.N. Bhagwati was then a judge of the Supreme Court of India.

Expert committees were formed in 1950 to advise the government. Regarding providing legal aid to the poor.

People who are entitled to free legal aid under the Legal Services Authorities Act, 1987

The norms for rendering legal services are prescribed under section 12 of the said Act. Every person who has to file or defend a case shall be entitled to legal services under this Act if that person is –

Also, there are factors of disqualification from seeking legal aid – as per the rules, the following persons are not entitled to legal aid, unless the chairman of the committee approves it as a special case-

(1) relates to the proceedings only in a representative or official capacity; Or

(2) If a formal party to the proceeding is not materially concerned in the outcome of the proceeding and his interests are not likely to be prejudicially affected by the absence of proper representation.

In the above two circumstances, even the Speaker cannot grant legal aid as a special case.

The functions of the State Authority are prescribed under Section 7 of the said Act, which is as follows

Section 8 of the said Act requires the State Authority to act in coordination with other agencies etc. and to be subject to the directions given by the Central Authority – In the discharge of its functions, the State Authority shall appropriately co- co-operate with other Government agencies, non- Co-ordination with Government voluntary social service institutions, universities and other bodies engaged in promoting the cause of legal services to the poor and shall be guided by such directions as the Central Authority may give to it in writing.

The functions of the District Authority under section 10 of the said Act are:

Section 11 of the said Act requires the District Authority to act in coordination with other agencies and to be subject to the directions given by the Central Authority etc. – In the discharge of its functions under this Act, the District Authority shall, wherever shall, as appropriate, work in coordination with other Government and non-Government institutions, universities and others engaged in the work of promoting the cause of legal service to the poor and shall be guided by such directions as the Central Authority of the State Authority may give. are in writing for this.

Legal aid is a constitutional right – Articles 21 and 39-A of the Constitution are as follows:-

“39A. Equal justice and free legal aid – The State shall ensure that the operation of the legal system promotes justice based on an equal opportunity, and in particular, shall provide free legal aid through appropriate legislation or schemes or in any other manner. To ensure that opportunities for securing justice are not denied to any citizen because of economic or other disabilities”.

Chandra Bhavan Boarding and Lodging, Bangalore v-The State of Mysore, AIR 1970 SC 2042 in 2050, para 13, it has been held by the Constitution Bench of the Supreme Court that “While the rights conferred under Part III are fundamental, the directions are fundamental in the governance of the country under Part IV. There is as a whole no conflict between the provisions contained in Part III and Part IV. They compliment and complement each other.

Many people in our country are not aware of the free legal aid service because of which on the direction of the authority, all the district legal service authorities are organizing legal literacy / legal awareness camps in the remote rural areas of the state.

At least once in a Week i.e. Sundays/Holidays, on topics related to SC/ST, Women and Children, and the general public, so that the common man can be made aware of his legal rights. following steps have been taken by authority for legal Campaign.

Role of lawyers in spreading views on legal aid

Lawyers are those persons who know the rights and liabilities of the weaker section by which they must spread awareness about free legal aid service in the society. Advocates were also asked to address legal literacy clubs set up in schools and colleges. Topics are given in the list prepared for legal literacy camps.

Advocates present the ideas of legal aid service in front of the society through the workshop, many officers like social welfare, protection officer, field officer, project officer, MNREGA have also participated in the workshop.

(NALSA), Regulations, 2010, (HSLSA), a monitoring committee in each district and each sub-division of Haryana to closely monitor court-based legal services and monitor the progress of the state in legal aid matters. has been constituted.

The Delhi High Court held that “Article 39A emphasizes that the legal system should be capable of delivering justice expeditiously based on equal opportunity and should provide free legal aid to ensure that justice is achieved to any citizen because of economic or other disabilities.

It is in this context that Parliament enacted the Legal Services Authority Act, 1987. One of the objectives of the Act is to organize Lok Adalats to ensure that the legal system operates based on equal opportunity to deliver justice. Promotes.

The provisions of the Act based on the indigenous concept are complementary to the Court system. They will go a long way in resolving the dispute with almost no cost to the litigants and with minimum delay. The Act relieves the courts of the heavy burden of cases. There is a legislative effort to reduce that.”

By the High Court of Kerala, Lok Adalats are also bound to follow the principles of natural justice, equality, fairness, and other legal principles.

All these unfortunate controversies could have been avoided if the committee had taken care of issuing notices to the petitioners and obtaining a written statement along with their statements and placed it before the Lok Adalat. Lok Adalats should also not forget that their duty is not to dispose of cases by any means but to settle cases amicably.