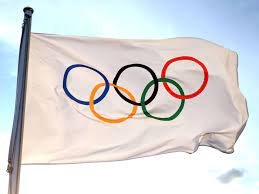 TOKYO – Japan will not send a government delegation to next year’s Winter Olympics in Beijing, it said Friday, a move to suspend US-led boycott of the Games, but it could still deepen tensions with China.

The boycott, promoted by Washington and its allies, like UK, Australia, has become another sensitive issue in Japan, with its close ally the United States with strong economic ties with China.

Tokyo will not send a government delegation to the Games starting in February, Cabinet Secretary Hirokazu Matsuno told a news conference.

Instead, it will send other officials with direct links to the Games, including politician Seiko Hashimoto, head of the Tokyo 2020 planning committee, and heads of local Olympic and Paralympic committees.

The political unrest in the United States and other countries is due to concerns over human rights in China, but Japan has taken the issue very seriously.

While Russian President Putin has decided to attend Beijing Winter Olympics as a chief Guest, showing a support to Chinese led group.

Kremlin accuses Zelensky of trying to start a world war