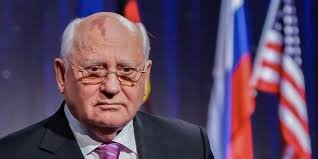 Mourners in Moscow began paying their last respects to Mikhail Gorbachev, the last Soviet leader who brought the Cold War to a peaceful end.

A long queue formed around the casket ahead of his funeral later on Saturday. He died on Tuesday at the age of 91.

Russian President Vladimir Putin will not attend the funeral due to his work schedule, the Kremlin said.

However, this is widely seen as an insult to the man who oversaw the collapse of the Soviet Union (USSR).

Putin once called the collapse of the USSR “the greatest geopolitical disaster of the century.”

Mr Gorbachev took power in 1985, introduced bold reforms and opened the USSR to the world.

But he was unable to prevent the collapse of the union in 1991, and many Russians blame him for the years of unrest that followed.

He was widely respected outside of Russia, with UN Secretary-General António Guterres saying he “changed the course of history” and US President Joe Biden calling him a “rare leader”.

The public began queuing long before being allowed into the historic Hall of Columns of the House of Trade Unions, where Mr Gorbachev’s body lies in state – like that of several of his Soviet predecessors, including Vladimir Lenin, Joseph Stalin and Leonid Brezhnev.

Later on Saturday, Mr. Gorbachev will be buried at Moscow’s largest cemetery, Novodevichy, which is the final resting place of many prominent Russians. He will lie next to his wife Raisa, who died of leukemia in 1999.

President Putin has previously expressed his “deepest condolences” and described how Mikhail Gorbachev had “a huge impact on the course of history”.

“He deeply understood that reforms were necessary, he tried to offer his own solutions to pressing problems,” the Russian leader said.

But Saturday’s ceremony will not be a state funeral – a sign that the Kremlin’s current leadership has little interest in honoring Mr Gorbachev’s legacy, the BBC’s Steve Rosenberg reports in Moscow.

It was well known that Mr Putin and Mr Gorbachev had a strained relationship – their last meeting was said to have been in 2006.

Most recently, Mr. Gorbachev is said to have been unhappy with Russia’s invasion of Ukraine, even though he supported the annexation of the Ukrainian peninsula of Crimea in 2014.

The hospital in Moscow where Gorbachev died on Tuesday said in a brief statement that he had suffered a long and serious illness. It did not reveal the cause of death.

In recent years his health had declined and he was in and out of hospital. In June, international media reported that he was admitted after suffering from kidney disease.

He is seen in the West as the architect of reforms that created the conditions for the end of the Cold War in 1991 – a time of deep tension between the Soviet Union and Western nations, including the US and Britain.

In 1990, he was awarded the Nobel Peace Prize “for the major role he played in the radical changes in East-West relations”.

But in the new Russia that emerged after 1991, he was on the fringes of politics, focusing on educational and humanitarian projects.

Gorbachev made one ill-fated attempt to return to political life in 1996, when he received just 0.5% of the vote in the presidential election.

Vladislav Ugolny: Ukrainian elites are really pissed off with Elon Musk, here’s why