Two Britons and a Moroccan, fighting for Ukraine sentenced to death by Russian court 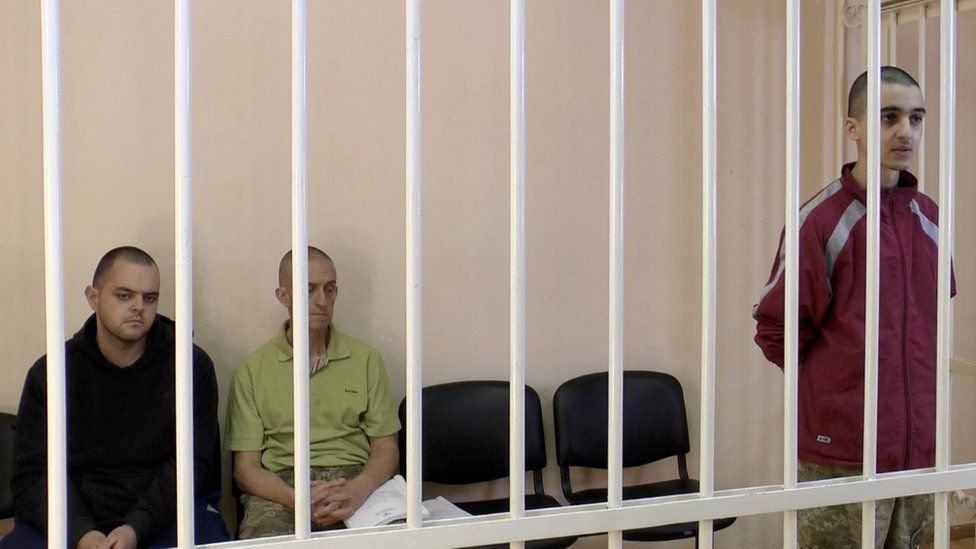 Two British and Moroccan people abducted during the Ukraine war have been sentenced to death by a Russian court in eastern Ukraine.

The British, Aiden Aslin and Shaun Pinner, and Brahim Saaudun are accused of being soldiers, Russian state media reported.

The court, unknown worldwide, is located in the Russian-backed Donetsk People’s Republic.

The UK and Ukraine have condemned the sentences for violating international law protecting prisoners of war.

British families have stressed that they are longtime members of the Ukrainian army and not mercenaries.

The men’s lawyer said they all wanted to appeal the sentence, reports Russia’s Tass news agency.

All three men have been charged with being mercenaries, armed robbery and training to commit acts of terrorism, RIA Novosti said.

The UK government is “deeply concerned” about the death sentences handed down to Mr Aslin and Mr Pinner and has been working with Ukraine to secure the release of both men, Downing Street said.

The spokesman added that prisoners of war “should not be exploited for political purposes” and pointed to the military rules set out in the Geneva Conventions – which provide “combat protection” to prisoners of war.

Secretary of State Liz Truss condemned the sentence and described it as “a fraudulent and dishonest act”.

“My thoughts are with the families. We are still doing our best to support it.”