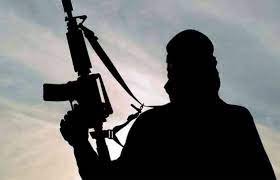 Former Afghan president Hamid Karzai on Sunday lashed out at Pakistan, calling it “an open propaganda about Afghanistan”. Pakistani Prime Minister Imran Khan, in a speech at a conference of the Organization of Islamic Countries (OIC), said Pakistan was facing an Islamic State threat in Afghanistan.

Karzai said IS had threatened Afghanistan from Pakistan.

Responding to Imran Khan’s speech at the conference, Karzai said Pakistan “should not interfere in Afghanistan’s internal affairs and should refrain from speaking on behalf of Afghanistan at international forums.”
Pakistan’s support for terrorists and the terrorist organization has been a global phenomenon.

He made the remarks while delivering a speech at the 17th Extraordinary Session of the Council of Foreign Ministers of the Organization of Islamic Cooperation (OIC) held in Islamabad.

“The only way to handle this is Afghanistan’s stable assets,” Khan said.

Afghanistan is currently facing an economic crisis as its international exports, particularly to the US, have been frozen after the Taliban took over. Even after 100 days in power, the Taliban government has not been recognized worldwide. The International Monetary Fund (IMF) has terminated its relations with Afghanistan

Imran Khan in his speech also emphasized the need for humanitarian assistance in Kabul and said that if the world failed to act on time, Afghanistan could be “the greatest human tragedy.”

Highlighting the collapse of hospitals, the education sector and the deterioration of humanity in Afghanistan, the prime minister called on the world to take immediate action as Afghanistan faces chaos, reports Geo News.

“Without immediate action, Afghanistan is headed for a crisis. If it does not pay government workers, doctors and nurses, any government will collapse. But the crisis is not worth it. It certainly does not fit the United States,” he added.