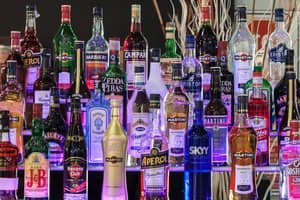 Japan’s government wants young people to drink more alcohol in a bid to reverse falling sales, which it blames on demographic changes in the Far Eastern country.

The agency says sales of alcoholic beverages are falling due to declining birth rates, an aging population and the coronavirus pandemic. He hopes the project will encourage young people to come up with “business plans” to help promote alcoholic drinks “to the younger generation”.

The tax agency is also suggesting creative ways people can help promote alcohol consumption, such as the use of artificial intelligence and metaversion.

But the response from the Japanese public has been less than enthusiastic, especially since the “drunk salaryman” trope was all too common on social media just before the pandemic.

Some Twitter users criticized the Japanese government for encouraging alcohol consumption – usually a social activity – as the number of infections in Japan this summer jumped from 16,544 new Covid cases in mid-June to 231,361 cases on August 16.

Others criticized the campaign for promoting an unhealthy habit and also questioned why they learn about the competition from foreign newspapers instead of domestic ones.

Contestants can apply their ideas until the end of September. Successful plans will then be drawn up with the help of experts before the final proposals are presented in November.

The coronavirus pandemic has had a massive impact on tax sales of alcoholic beverages in Japan. In 2020, sales fell by ¥110 billion ($800 million) from the previous year to ¥1.13 trillion.

It was the biggest drop in alcohol tax revenue since 1989, The Japan Times reported.

According to the Organization for Economic Co-operation and Development, an intergovernmental organization with 38 member countries and five partner countries that focuses on world trade, alcohol is the leading cause of ill health and premature mortality.

It causes 1 in 17 deaths and is a factor in a significant proportion of disability, especially in men.

The latest figures from the OECD study on alcohol consumption showed Japan ranked 38th out of 49 countries surveyed, consuming just 6.7 liters (1.8 gallons) of alcohol per capita in 2020.

In Japan, the minimum age for selling alcohol is 20, one of the highest ages in all OECD and partner countries.