Nasa will launch Artemis-1 in August 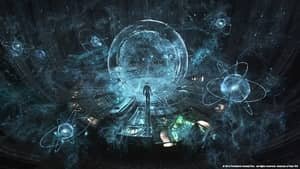 Days after it was removed from the launch pad and returned to the assembly building, NASA has announced it will attempt to power the Space Launch System again.

(SLS) will bring humans back to the moon. The Artemis team said engineers will attempt to fuel it in June, hoping to set the stage for the first unmanned launch in August.

“We’re now looking at the next wet dress in early to mid-June. It may take more than one attempt to get the procedures where we need them,” Jim Free, deputy administrator of NASA’s Exploration Systems Development Mission Directorate, said during a briefing.

The wet dress rehearsal was interrupted and the Lunar Megarocket was towed back to the Assembly Building after a series of failures were discovered in early attempts to refuel the launch vehicle.

NASA officials said engineers have investigated the issues and a full investigation is underway and the bugs are being fixed. “It’s a challenge working with these new systems and these complicated vehicles,” added Free.

The SLS, with the Orion spacecraft at the helm, was rolled out for launch in mid-March for wet dress rehearsals with much fanfare.