https://ift.tt/HPViZk8 are companions to many people without... 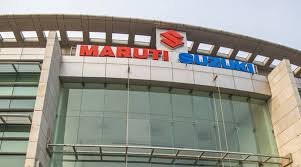 Suzuki Motor plans to invest about $ 1.26 billion in the production of electric cars and batteries in India, Japanese media reported on Saturday.

India is a now a fertile land for investment in various sectors gathering global investors for long term engagement.

Prime Minister Fumio Kishida visited India on Saturday to meet with his Indian counterpart, Narendra Modi. Suzuki’s investment plan will be part of Kishida’s announcement of a ¥ 5 trillion investment plan for the next five years in India, according to a daily Nikkei business.

Suzuki has decided to build a new power line in India for the purpose of starting operations in 2025, Nikkei said, without identifying the source of their report.

A Suzuki Motor spokesman declined to confirm the reports.