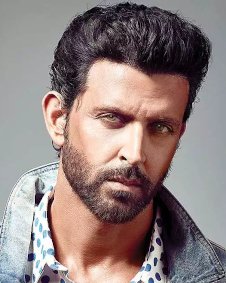 After facing flak for its latest ad with Hrithik Roshan, food delivery platform Zomato has issued an apology for hurting people’s sentiments.

“We offer our sincere apologies as it was never our intention to hurt anyone’s beliefs and feelings,” the company said on Twitter.

Zomat’s statement comes after priests and devotees of Ujjain’s Shree Mahakaleshwar Temple demanded immediate withdrawal of a particular ad in which Hrithik was seen ordering food from ‘Mahakal’ when he was craving for ‘thali’.

“Mahakal temple does not deliver any thali. Zomato and Hrithik Roshan must apologize for this ad,” said priest Mahesh Sharma.

“The company has made a misleading ad about Mahakal temple in its ad. The company should think before releasing such ad,” Sharma said, saying the ad hurts religious sentiments.

Priests’ outrage over the ad prompted Zomato to apologize for the same.

In a statement, the company said the ad “referred to ‘thalis’ at ‘Mahakal Restaurant’ and not to the revered Shree Mahakaleshwar Temple.”

“The video is part of a pan-India campaign for which we have identified the best local restaurants and their best dishes based on popularity in each city. Mahakal Restaurant was one of the restaurants selected for the campaign in Ujjain. We deeply respect the sentiments of the people of Ujjain and the ad in question is no longer running. We offer our sincerest apologies for the intention, which was never intended here to hurt anyone’s beliefs and sentiments,” the statement concluded.

The Mahakal Temple of Lord Shiva in Ujjain is one of the 12 Jyotirlingas.