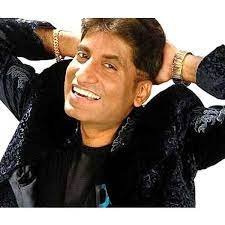 NEW DELHI: Comedian and chairman of the Uttar Pradesh Film Development Board (Government) Raju Srivastava remains on life support nearly six days after he suffered a cardiac arrest while exercising at a gym in a hotel in Delhi. His business manager shared an update on the comedian’s health on Tuesday, saying his condition has slightly improved.

Comedian and actor Raju Srivastava was admitted to the All India Institute of Medical Sciences (AIIMS) in Delhi from August 10 after he suffered a heart attack. The 58-year-old stand-up comic underwent angioplasty the same day.

“Raju’s condition is slowly improving. He is responding to treatment. There has been an improvement in his health and now he can move some parts of his body.

“He continues to remain in the ICU and on a ventilator. Doctors have informed that it will take about a week for him to regain consciousness,” the artiste’s manager Nayan Soni told PTI.

Last week, Srivastava’s family released a statement on his official Instagram page saying his condition was “stable” and asked people to “ignore any rumour/fake news that is doing the rounds”. “Raju Srivastava Ji’s health is stable and doctors are treating him. Please ignore any rumours. Please pray for him,” the post read.

The comedian’s sudden illness alarmed celebrity Amitabh Bachchan, who sent a voicemail to Raj Srivastava. In the message, Bachchan asked Raja to wake up as there is still a lot of work to be done.

Prime Minister Narendra Modi, Uttar Pradesh Chief Minister Yogi Adityanath also dialed the number of Raju Srivastava’s wife Sikh and assured her of any help the family might need. They also prayed for the well being of the comedian.

A well-known face in the entertainment industry since the 1980s, Srivastava catapulted to fame after participating in the first season of the reality stand-up comedy show ‘The Great Indian Laughter Challenge’ in 2005.

Srivastava has appeared in Hindi films like ‘Maine Pyar Kiya’, ‘Baazigar’, remake of ‘Bombay to Goa’ and ‘Aamdani Atthani Kharcha Rupaiya’. He is also the chairman of Film Development Council Uttar Pradesh.