Landmark Judgements of 2022 by Indian Judiciary 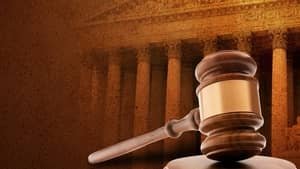 We know that ”Law is based on decisions that judges in the past have made”.

Case law is the collection of past legal decisions written by courts and similar tribunals when deciding cases, in which the law was analyzed using these cases to resolve ambiguities for deciding current cases. these past decisions are called ”CASE LAW” or ”PRECEDENT”.

The Supreme Court exercised its extraordinary powers under Article 142 of the Constitution and acquitted AG Perarivalan in the assassination case of former Prime Minister Rajiv Gandhi.

Court Held- Restated that government has the power under article 161 to remit/commute/pardon sentence imposed under section  302 of IPC since the executive power of the state extends to the said provision.

Dismissed the center’s argument that the president exclusively, and not the governor, had the power to grant pardon in a case u/s 302(murder)of IPC.

State of Rajasthan vs Ashok Khetoliya

Notification passed by the Rajasthan State Government. Declaring Gram Panchayat Rupbas as a municipal board is inconsistent with Article 243Q of the Constitution of India.

SC Ruling: The SC observed that the constitution 74th Amendment Act, 1992, does not take away the legislative competence of the state legislatures to legislate on the subject of local government.

It is the state legislature in respect of the municipalities with only one limitation that the provisions of the state action cannot be inconsistent with the mandate of the scheme of part 9th of the Constitution.

All pensioners who hold the same rank may not for all purposes form a homogenous class.No constitutional infirmity in the OROP principal.

The cut-off date is used only for the purpose of determining the base salary for the calculation of pension.

SC held: Not necessary pensioners who held the same rank must be given the same amount of pension. The benefit of a new element in a pensioner scheme can be prospectively applied.

Under Hindu Succession Act, the ancestral property is presumed for the widow’s maintenance when she has its settled and exclusive possession, more particularly when the surviving coparcener did not earmark any alternative property for recognizing her pre-existing right of maintenance.

Court held: Widow’s pre-existing right to maintenance and settled legal possession of the property would be sufficient to create a presumption that she had a right or claim to the property.

There is no prohibition for introducing reservations for socially and educationally backward classes (or the OBC) in the PG courses.

Court held:  Court allows neet counseling for PG & UG admissions based on existing EWS/OBS reservation.OBS quota can be introduced in pg courses. Backwardness does not necessarily end after graduation.

State of Karnataka vs State of Meghalaya (Based on gambling activity)

Karnataka and Kerala HC- The state lacked the legislative capacity to enact the Tax on Lotteries Act 2004.

SC Court Held: The state legislature has the power to tax lotteries operated by other states within its jurisdiction. The bench has observed that “lottery” is a “species of gambling activity”. Betting and gambling are part of the state list.

A daughter is able to inherit the self-acquired property or share received in the division of the coparcenary property after the death of her Hindu father.

Court Held: The Succession of Suits Property, 1956 Act opened in 1967 will come into force. The daughter being the class 1 heir of her father, is entitled to 1/5th of the suit property.

Read with Section 14 of the Hindu Succession Act,1956

The chief justice of India directed the SC’s registry to immediately communicate the status quo order to the authorities of the north Delhi municipal corporations with respect to the demolition drive at the riots-hit  Jahangir puri area.

A writ petition under Article 32 of the Constitution – Against demolition of residential properties as penal measures under Articles 14, 15, and 21. To ensure that no further demolition is done in the state of Uttar Pradesh.

Does Article 14 of the Indian Constitution, which stands for Equality, apply to Will?

Court’s Ruling – Exclusion of natural heirs from a will is not a ground to believe that there are doubtful grounds. The Court does not apply Article 14 to disposition under a will.

A victim of domestic violence can enforce her right to reside in a shared household, whether or not she is actually residing in the shared household at the time of filing the application under Section 12 of the DV Act.

Court Held: Trial Court directed the respondents to not obstruct the plaintiff from enjoying the property of her late husband. Appellate  Court reversed the order on the ground that there is no shared household between the aggrieved and the respondents.

SC Held: It is not mandatory for the aggrieved person to actually reside with persons against whom the allegations have been leveled.