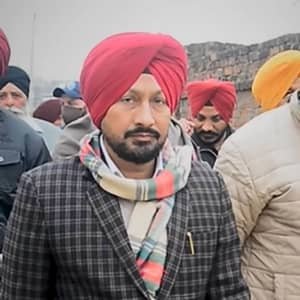 The rebellion within the newly stabled Congress again spread some chances of future rebellion’s. Earlier, Congress suffered due to the Captain-Sidhu conflict, and now the Channi brothers are on the verge to create tensions within the party.

According to the reports, many Congressmen and their associates are talking that Congress took this decision so that no one can violate the rule of “One family, One ticket.” People are even calling this statement the lamest joke of the year.

The Congress party is categorized as an epitome of nepotistic rule and one family rule. The Nehru-Gandhi had served on Prime Minister’s post for around 45 years. The family had Nehru for 16 years, Indira for about 14 years, Rajiv Gandhi for roughly five years, and Manmohan Singh for ten years, often addressed as Parrot to the Gandhi family.

Therefore, this new tussle raised Channi brothers and PM Modi’s security lapse might go unfavorable to Congress in approaching elections. The competition in front of Punjab Congress is robust as BJP is coming with Captain’s party PLC, Akali’s with BSP and AAP is throwing all efforts in the Punjab state.