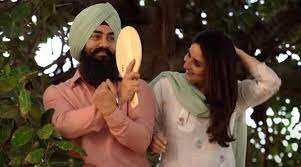 Lal Singh Chaddha starring Amir Khan and Karena Kapoor Khan directed by Advait Chandan has been released in the Cinemas near you on 11th August also marking the Hindu festival Raksha Bandhan. The film has released in a clash with Raksha Bandhan starring Akshay Kumar.

Lal Singh Chaddha is an official Hindi remake of Forest Gump released in 1994. Amir Khan portrays the titular character and showed excellence in the act but, seems repetitive as Samar in Dhoom 3 and PK. Karena looks gorgeous but, eventually failed to maximize the intensity required for the concerned character. Mona Singh and Naga Chaitanya did a good job, especially the Mona Singh act was the only USP for the film.

The film further tried to inflame anger by disrespecting the Indian army by inducting a half-mad guy (Lal Singh Chaddha) and then worsened when the lead actor saved a terrorist without examining and commenced business with him whereas in the original film the actor saved an army officer.

Thus, the way this film glorifies and promotes terrorism is just beyond imagination so, boycotting this film will be an excellent option for the masses. Creating a terror-friendly perception by saving a terrorist and commencing a business is a direct insult to our martyrs and the Indian army.

Summarizing in one word then this film is a disappointing venture by Amir Khan even after giving 4 years, he has crossed all lines of coarseness. This film is pure propaganda against the Indian Army and Martyrs.

Europeans discriminating against own citizens with Russian ban – politician